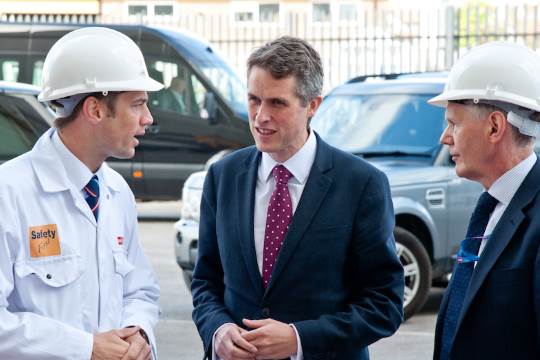 Defense   The Defence Secretary named the new attack boat Agincourt
Speaking at BAE Systems’ shipyard in Barrow-in-Furness Cumbria, the home of British submarine construction, he announced £960 million worth of contracts have been signed to ramp up the next phase of construction for the UK’s four nuclear-armed Dreadnought submarines.

He also announced that the Ministry of Defence has signed a £1.5 billion contract to build a seventh Astute hunter-killer submarine for the Royal Navy, before revealing that the attack boat will be called Agincourt.

It will be the sixth vessel in the Royal Navy to be named after the Battle of Agincourt of 1415. £1.5 billion will go on building the Royal Navy’s seventh Astute hunter-killer submarine.

The Defence Secretary named that new attack boat Agincourt. Another £960m will go to the second phase of construction for the UK’s four nuclear-armed Dreadnought submarines.

The multi-billion pound announcements will help sustain around 8,000 jobs in BAE Systems’ submarine business, as well as thousands more across the UK submarine supply chain.

The Defence Secretary made the announcements during a ceremony, in which also opened a new £100 million submarine construction building in the Cumbria factory.

In front of a gathered workforce of employees and apprentices, he unveiled a plaque to mark the opening of the state-of-the-art Central Yard Facility building which, at 26,700 metres squared, is equivalent in size to 21 Olympic-sized swimming pools and, at 45 metres high, is as tall as ten double-decker buses.

It will be used to outfit and test each section of the new Dreadnought submarines. The Dreadnought Submarine Programme will now move into its second phase.

This phase has commenced with contracts signed for £900 million and £60 million with BAE Systems and Rolls-Royce respectively. ■

EU to switch from dollars to euros when buying Iranian oil