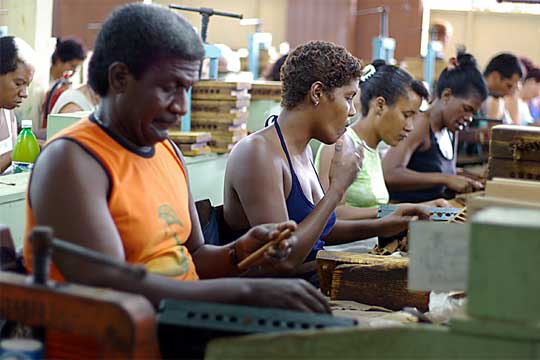 Cuba   State daily Granma reported
"Compared with 2014, all (economic) activity registers growth, with the highest figures centered in the sugar industry and manufacturing, construction and trade," the daily said, citing data from Friday's cabinet meeting, at which Minister of Economy and Planning Marino Murillo presented the latest economic indicators.

The state budget is expected to register a fiscal deficit of 4. 2 percent of GDP at the end of the year, lower than the 6.2 percent forecast earlier.

The Council of Ministers meeting, headed by President Raul Castro, also discussed the drought affecting the island, where reservoirs are at only 37 percent of capacity on average.

The worst hit areas are the eastern provinces of Santiago de Cuba (34 percent) and Guantanamo (36), and the western territory of Pinar del Rio (55). ■