Staff writer ▼ | March 6, 2015
Colombian labor minister did not rule out the possibility that Colombian oil firms might lay off workers due to oil price falls, but dismissed a complete privatization of public-private national company Ecopetrol. 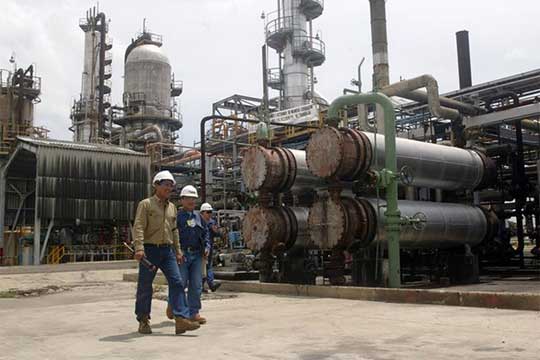 The official met with union members of Ecopetrol, an oil company whose majority of stakes belong to the government, to discuss layoffs in the company after it reported huge losses due to the lowering oil prices on the world market.

Garzon asked the Ecopetrol union not to go on strike because such a move might directly affect social investment in the country.

"I felt no aggressiveness from them but a positive atmosphere. It was not an ultimatum," the minster said, adding he agreed to open dialogue on unemployment.

"I will not stigmatize social protest, but I tell them that dialogue is open. We do not discuss today whether or not there is a strike. We are discussing the agenda that they proposed and we think it seems relevant," ■