Staff writer ▼ | December 15, 2014
Colombia is now focusing on Asia for trade and economic relations and was keen to promote trade with Pakistan as it considered Pakistan a promising country for business opportunities, observed Fernando Panesso, Ambassador of Colombia. 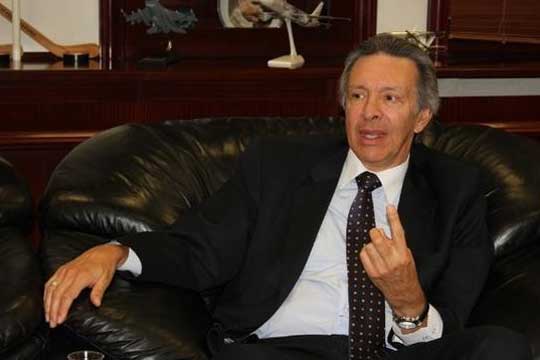 Cooperation   Fernando Panesso, Ambassador of Colombia:
Ambassador Panesso said Colombia established diplomatic relations with Pakistan in 1980, but bilateral trade between the two countries was negligible which needed to be improved for the benefit of both nations. He said Colombia was producing 70 percent energy through hydro sources and it could cooperate with Pakistan in this area.

Interacting with business community at Islamabad Chamber of Commerce and Industry, Ambassador Panesso said Colombia was major exporter of oil, coal, coffee, flowers and both countries have the potential to cooperate in many areas including agriculture, textiles, chemicals, minerals, gems & jewelry, technology transfer and infrastructure development.

Ambassador Panesso said Colombia have signed an accord with Chile, Peru and Mexico creating Pacific Alliance of four countries to more deeply integrate their economies and develop new trade links with the Asia-Pacific region and added that Pakistan could get easy access this region by enhancing trade with Colombia.

Ambassador Panesso said China was emerging as major trading partner of Colombia after USA and Pakistan should also accelerate its efforts to promote trade with Colombia to achieve good results for its economy. He said Colombia has free visa arrangement with Turkey and Pakistani businessmen could visit Colombia via Turkey with ease. ■

Pakistan gets $1.02 billion from shares in HBL
Pakistan set to import oil from Central Asia
Pakistan to get Swiss accounts’ information