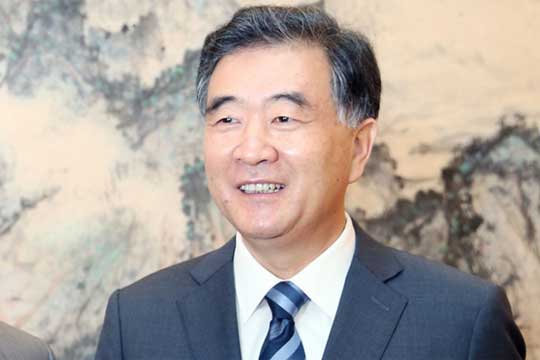 Wang made the remarks during a visit to east China's Zhejiang province from Monday to Wednesday. He visited several companies including the Alibaba Group and an e-commerce village in Lin'an city. Wang said that China's foreign trade faces many difficulties, citing weak external demand and rising costs.

China will try to ensure that the growth of exports and imports regains lost momentum and its share of the international market does not fall, by support to companies in their initiatives to nurture export brands and build overseas marketing networks, Wang said.

While visiting industrial parks in Hangzhou, capital of Zhejiang, Wang suggested new industry standards, rules and training to set an example for the whole country.

China's foreign trade only increased 3.4 percent in 2014 denominated in US dollars, significantly lower than the 7.6 percent rise in 2013 and the 7.5 percent target. ■