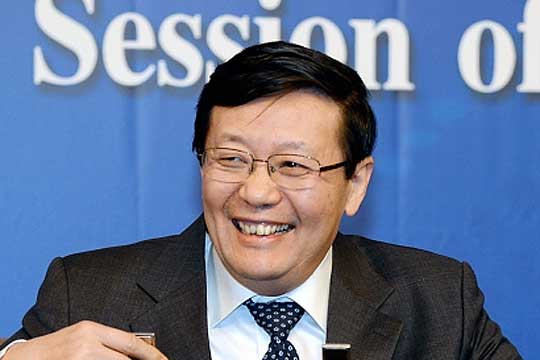 Cooperation   Asian Infrastructure Investment Bank
"The United States and Japan have not been able to join the AIIB due to their own difficulties," Lou told Xinhua on the sidelines of the World Bank-International Monetary Fund (IMF) Spring Meetings, without elaborating.

The United States and Japan decided to stay out of China's initiative by the March 31 deadline as both countries worry that the AIIB may pose a challenge to the Japan-led Asian Development Bank (ADB) and the U.S.-dominated World Bank.

However, China has underlined that the AIIB will take an open and inclusive attitude and be complementary to existing development banks and it will strengthen the region's communication, social and economic development.

China and the United States are expected to exchange negative lists of bilateral investment treaty (BIT) "this month or next month," which could pave the way for substantial achievement on the negotiations in September, China's Vice Finance Minister Zhu Guangyao said.

Zhu made the remarks at the Atlantic Council, a Washington-based think tank, on the sidelines of the ongoing spring meetings of the International Monetary Fund (IMF) and World Bank, after US Trade Representative (USTR) Michael Froman told Xinhua earlier Friday that he expected the two sides to exchange the negative lists soon.

Zhu said Chinese President Xi Jinping and US President Obama gave clear instructions to negotiating teams of both sides that it's time to exchange negative lists to speed up BIT talks when they met last November, as the investment treaty has become a top priority for bilateral economic relations.

China has shorted the negative lists on which foreign investments are restricted by host countries in the pilot free trade zones in Shanghai, Guangdong, Tianjin, and Fujian, but the negative list offers for BIT talks will be decided through China-US negotiations, Zhu said.

Froman said the quality and length of the negative lists are going to be an equivalent indictor of China's commitment to open up its economy, and the United States hopes China makes a lot of efforts to keep its negative lists narrow and short, in consistent with the overall comprehensive reform agenda announced at the third plenum of the 18th Communist Party of China Central Committee in late 2013.

Zhu said it's not realistic to expect the BIT talks to be concluded in September when President Xi Jinping makes his first state visit to the United States, but the two sides could reach "a big achievement" on the talks by then. ■