China to boost cooperation with Palestine on trade and infrastructure 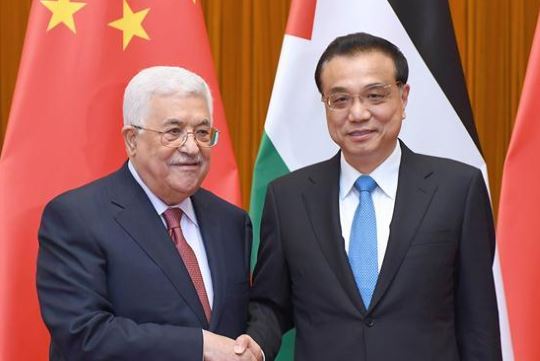 Cooperation   Li Keqiang and Mahmoud Abbas
Li made the remarks when meeting with Palestinian President Mahmoud Abbas, who is on a state visit to China from July 17 to 20.

"Peace and development are pre-conditions and guarantees for each other. China will deepen practical cooperation with Palestine to achieve mutual benefit," Li said.

Li called on both sides to carry out cooperation in key areas and push forward the cooperation through bilateral and multilateral consultation.

The premier said China had closely watched and supported the Middle East peace process and would always support the Palestinian people to restore their legitimate national rights.

A peaceful and secure Middle East is vital to the region and world at large, Li said. "China will continue to exert its influence, fully support and actively participate in the international effort for the resumption of peace talks."

UK milk production between 11.7bn and 12.0bn litres this year?