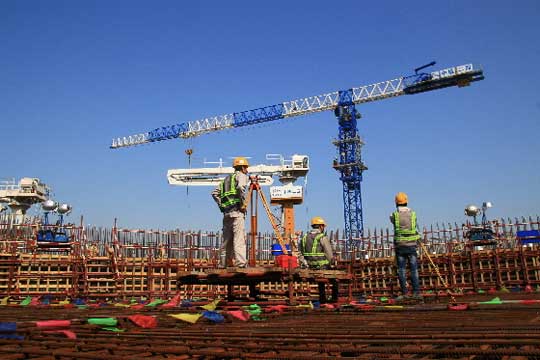 Xing Ji, chief designer of Hualong One, said China owns the complete intellectual property rights of Hualong One and the launch of the pilot will help pave the way for China's nuclear power equipment to go global.

The Hualong One reactor was jointly designed by two nuclear power giants, China General Nuclear Power Group and CNNC, and passed inspection by a national expert panel in August 2014.

In November 2014, the National Energy Administration approved the use of Hualong One technology to build two reactors in Fujian Province.

The State Council approved the construction of the project in April. ■

EU: Almost 10 million part-time workers would like to work more