Christian Fernsby ▼ | July 8, 2020
China is ready to participate in trilateral arms control negotiations with the United States and Russia, but only if the United States were willing to reduce its nuclear arsenal to China’s level, a senior Chinese diplomat said. 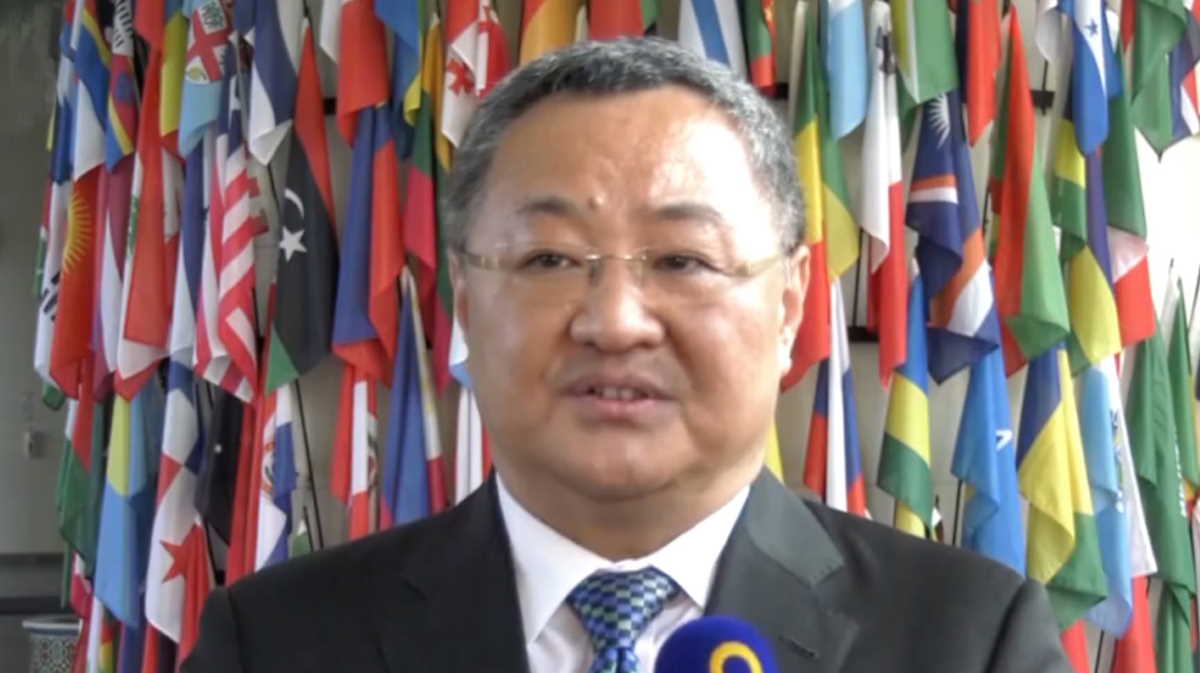 China   Head Fu Cong
Washington has repeatedly called for China to join in trilateral negotiations to extend New START, a flagship nuclear arms treaty between the United States and Russia that is due to expire in February next year.

Fu Cong, head of the arms control department of Chinese foreign ministry, reiterated to reporters in Beijing that China has no interest in joining the negotiation with former Cold War-era superpowers, given that the U.S. nuclear arsenal is about 20 times the size of China’s.

"I can assure you, if the U.S. says that they are ready to come down to the Chinese level, China would be happy to participate the next day. But actually, we know that’s not going to happen," Reuters cited the diplomat as saying.

"The real purpose is to get rid of all restrictions and have a free hand in seeking military superiority over any adversary, real or imagined," said Fu.

Fu maintained China is not “shying away from the international nuclear disarmament process” and is prepared to discuss within the framework of the United Nations Security Council’s five permanent members all issues related to the reduction of nuclear risks.

Russia has not asked China to join, it is the US who did it, the diplomat added.

U.S. Presidential Special Envoy Marshall Billingsley said in May that Russia must persuade the Chinese to join talks on the extension of the Treaty on strategic offensive arms (start), calling it a condition for extending the U.S.-Russian Strategic Arms Reduction Treaty (START). Later he added that a new agreement must include all nuclear weapons and not just strategic nuclear weapons. ■

Seven Magic Mountains brings happiness to the desert and people

Sunak: £1,000 for each UK employee that comes back to work