Staff writer ▼ | May 20, 2014
China has announced that it will forbid the use of the Windows 8 operating system (OS) in new government computers, a move to ensure computer security after the shutdown of Windows XP. 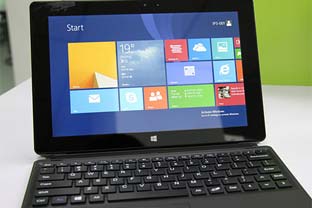 China has announced that it will forbid the use of the Windows 8 operating system (OS) in new government computers, a move to ensure computer security after the shutdown of Windows XP.


All desktops, laptops and tablet PCs to be purchased by central state organs must be installed with OS other than Windows 8, according to an online statement by the Central Government Procurement Center, Xinhua reports.

The measure only targets computers used by government offices, while the personal computer market is expected to stay unaffected.

Currently, most government computers run Windows XP, which has a 70-percent market share in China. But Microsoft ended support for this 13-year-old system on April 8, arousing safety concerns and appeals for domestically designed OS.

Despite major Chinese software security companies having promised to provide technical assistance to guard against risks, Windows XP users have remained fearful about potential dangers such as hacker attacks.

And the Chinese government obviously cannot ignore the risks of running OS without guaranteed technical support. It has moved to avoid the awkwardness of being confronted with a similar situation again in future if it continues to purchase computers with foreign OS.

Apart from purchase restrictions for central government offices, China will focus on the development of its own OS based on Linux, a move which An Yang, a security expert with Qihoo 360 Technology, said was a necessity although progress has been disappointing. Qi Xiangdong, president of Qihoo 360, said this is a great opportunity for Chinese IT companies to nurture their own OS. ■