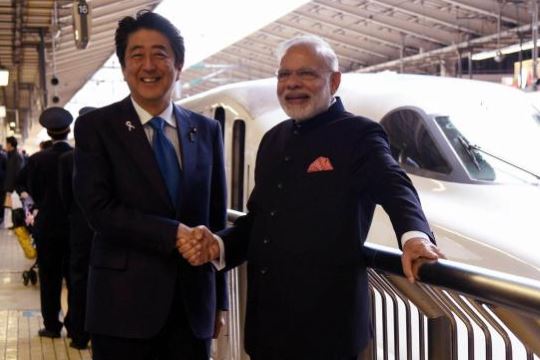 Beijing also reacted mildly to the references to the South China Sea in the India-Japan joint statement, reiterating its earlier stand that countries outside the region should respect efforts made by China and other contestants to resolve the dispute.

"With regard to the nuclear agreement signed between India and Japan and on the use nuclear energy, we believe that under the promise of absorbing international obligation of nuclear non-proliferation, all countries are entitled to the peaceful use of nuclear energy," Chinese Foreign Ministry spokesman Geng Shuang told media briefing here.

"At the same time, the relevant cooperation should be conducive to safeguard the authority and effectiveness of the international nuclear non-proliferation regime," he said. ■

Australia and India to sign uranium deal
Australia likely to start supplying uranium to India from this year
U.S. to transfer nuclear technology to Vietnam

Zimbabwe expects to benefit from cooperation with Huawei
Erdogan ready for war: Accept our politics or you will be buried
Scotland introduced further quarantine measures for travellers
Trump orders withdrawal of U.S. troops from Iraq