CBI, business leaders call for 'No' at Scottish referendum

Staff writer ▼ | September 17, 2014
Business group CBI and regional business leaders are appealing to Scottish voters to vote "No" and stay part of the UK. 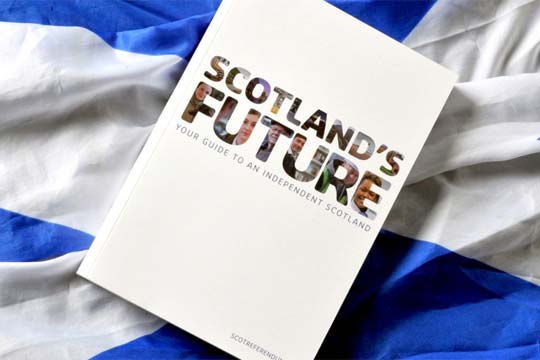 Yes or no   Less than two days until Scotland heads to the polling stations
The heads of the CBI's UK-wide network of 190,000 businesses have come together to make a direct appeal to the people of Scotland to stay together.

In a joint statement, the leaders from the CBI's regions and nations council network, said: "As businesses operating in all parts of Britain, we believe that Scotland is stronger, and England, Wales and Northern Ireland are stronger, as a result of our partnership.

"We want Scotland to stay in the United Kingdom and hope you vote to do so. We believe that the prosperity of all people in the UK would be best served by Scotland remaining part of it.

"We know the last five years have been difficult for many people — both those in work and those trying to get jobs. Businesses need to and will do more to help improve living standards. But the economic recovery is now underway and keeping the United Kingdom together is the best way to grow the economy and boost jobs. That's because we share an internal market of 64 million people, and almost 70% of Scotland's exports are with the rest of the UK.

"The decision is rightly one for the people of Scotland to make — we hope you will vote to stay together."

As much of Europe focuses on whether Scottish voters will choose to leave the U.K., a key aspect of the debate is the extent to which energy wealth would sustain an independent country. Most of the North Sea's oil and gas reserves lie north and east of Scotland, and those resources have continued to fuel the Scottish people's hopes of independence since their discovery in the 1960s.

Those oil fields have produced 42 billion barrels of oil since 1964, and that amounts to 1.1 trillion pounds (approximately $1.8 trillion) of production up to now.

Recent figures show that 16.5 billion barrels are available for extraction and, with today's exchange rate, another 1 trillion pounds of revenues to come, according to Fraser, who is a partner in the Dubai-based law firm Andrew Kurth.

If Scotland is compared to Norway, what has similar energy sources and population, they have 500 billion pounds of sovereign fund and the U.K. has nothing, just 1.4 trillion pounsd of national debt. ■

Labour Costs Index in Europe up 1.2%