Canal of Nicaragua gets funding from companies in Europe, Asia and America

Staff writer ▼ | July 18, 2015
The Commission of the Interoceanic Grand Canal of Nicaragua said the project would have a bigger capacity than the Panama Canal because it now had investors from Europe, Asia and America. 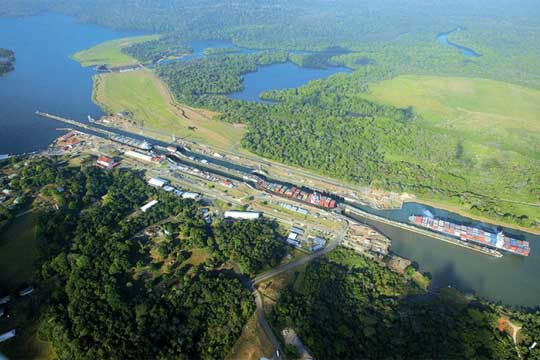 Trade   Nicaragua to have a bigger canal than Panama
"There are investors from Europe, Asia, North America and South America, but we will divulge the detailed information at the right moment," said the spokesman of the State Commission of the Grand Canal, Telemaco Talavera.

The spokesman declined to elaborate about who the investors or companies were.

"I can't divulge that information, it will be revealed in time, the investors and invested capital are announcements that are made officially, during project phases, we can't just blurt it out because of its importance," he added.

Talavera did not say when the studies of environmental and social impact of the Canal would be made public, although he had earlier stated this would take place in early July.

The Canal works were inaugurated last December, even though said studies had not been completed, which raised criticism from various sectors in Nicaragua.

On December 22, Nicaragua began the construction of a 278 kilometre wet road in the south of the country to unite the Caribbean Sea and the Pacific Ocean through a Canal that is going to be three times larger than the Panama Canal, with an infrastructure and logistics for the passage of the largest ships in the world.

HKND expects to complete the construction of the Canal in 2019. ■