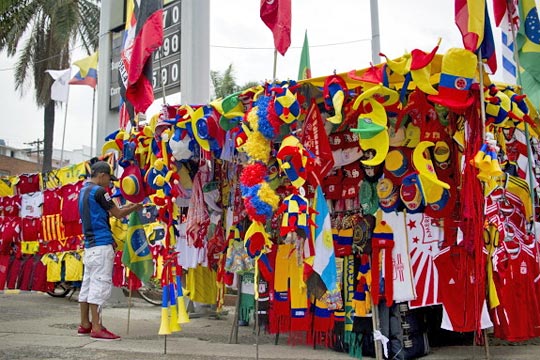 Two friends   Findlay, Jaramillo, and Arroyo agree
Kerry-Lynne D. Findlay, Minister of National Revenue, met with Christian Jaramillo, acting Director of the National Tax and Customs Agency and with Santiago Rojas Arroyo, Minister of Trade, Industry and Tourism and incoming Director of the of the National Tax and Customs Agency, to discuss the success of current economic links between Canada and Colombia, as well as the importance of ongoing international cooperation and collaboration on tax administration and trade issues.

Minister Findlay, Mr. Jaramillo, and Mr. Rojas also engaged in a discussion on common priorities, including targeting the underground economy. The exchange of knowledge on these topics and related strategies is beneficial for both countries. The Canada Revenue Agency (CRA) and the National Tax and Customs Agency look forward to ongoing exchanges of ideas to further enhance the effectiveness of our respective underground economy strategies and approaches.

Minister Findlay was in Colombia to attend the inauguration of President Juan Manuel Santos Calderon in Bogota on August 7, 2014, on behalf of the Government of Canada. While there, she met with Colombia's indigenous congressmen and indigenous community representatives to discuss Canada's pro-active approach to indigenous issues, including the integration of indigenous people into national and provincial economies, land control and the extractive industries, and human rights protection and promotion.

Minister Findlay met with community representatives to show Canada's support for human rights issues in Colombia, including for members of the LGBT community, those subject to sexual and gender-based violence in the context of Colombia's armed conflict, and for the security and protection of human rights defenders. ■