Staff writer ▼ | May 31, 2013
Canada strengthened sanctions against Iran adding 30 individuals and 82 entities to a blacklist and banning almost all trade with the country. 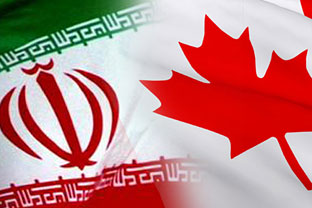 Canada strengthened sanctions against Iran adding 30 individuals and 82 entities to a blacklist and banning almost all trade with the country.


Certain communication tools won't be covered by the ban which obviously means that the Canadian government thinks they are important for spreading western messages as a tool for regime change.

"Canada's new sanctions include exemptions for technologies that protect Iranians online and help them break through the regime's curtain of propaganda," said a release announcing the latest round of economic measures. Exemptions are described as "equipment, services and software that facilitate secure and widespread communications via information technologies."

Canada's decision to exempt telecommunication tools comes after the government co-hosted a two day online event aimed at reaching activists inside the regime. This is part of the Canadian government's efforts to maintain contact with Iranians although the country cut off formal diplomatic connections with Iran.

The newest Canadian ban comes after talks between Iran and the United Nations Security Council last month and after Germany failed to reach an agreement on Iran's nuclear program and efforts by the International Atomic Energy Agency have also been unsuccessful.

"Canada, like many of our closest allies, is taking every possible effort to halt Iran's reckless pursuit of nuclear weapons capabilities. The path of nuclear non-compliance will only bring further isolation for Ayatollah Khameini's clerical, military dictatorship," Mr. Baird said. ■

Banks earned $40 billion, profit up 15th quarter in a row