Staff writer ▼ | January 27, 2015
British Prime Minister David Cameron pledged to cut income tax to 7 billion pounds (or $10.5 billion) over the next five years if the Conservative Party won the general election in May. 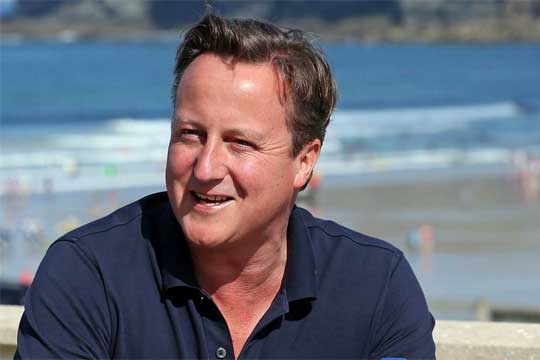 David Cameron   Ahead of the general election in May
Delivering a speech in Southampton in southern England, Cameron said: "After years of sacrifice, the British people deserve a reward. The people whose hard work and personal sacrifices have got us through these difficult times should come first. So it's right that where we can ensure people keep more of their own hard-earned money, we should."

The prime minister claimed that no one would pay tax on the first 12,500 pounds of their income by 2020, but the plan will not be fulfilled at a cost of abandoning the fiscal deficit cut plan.

It was Cameron's third in a series outlining the Conservatives' main election pledges. He vowed to lead Britain toward "full employment" last week, after pledging to balance the economy and spread London's economic strength a week earlier. ■