Christian Fernsby ▼ | April 9, 2019
Proposals to force British Prime Minister Theresa May to delay the date of Brexit again on Monday were approved by both the House of Lords and House of Commons. 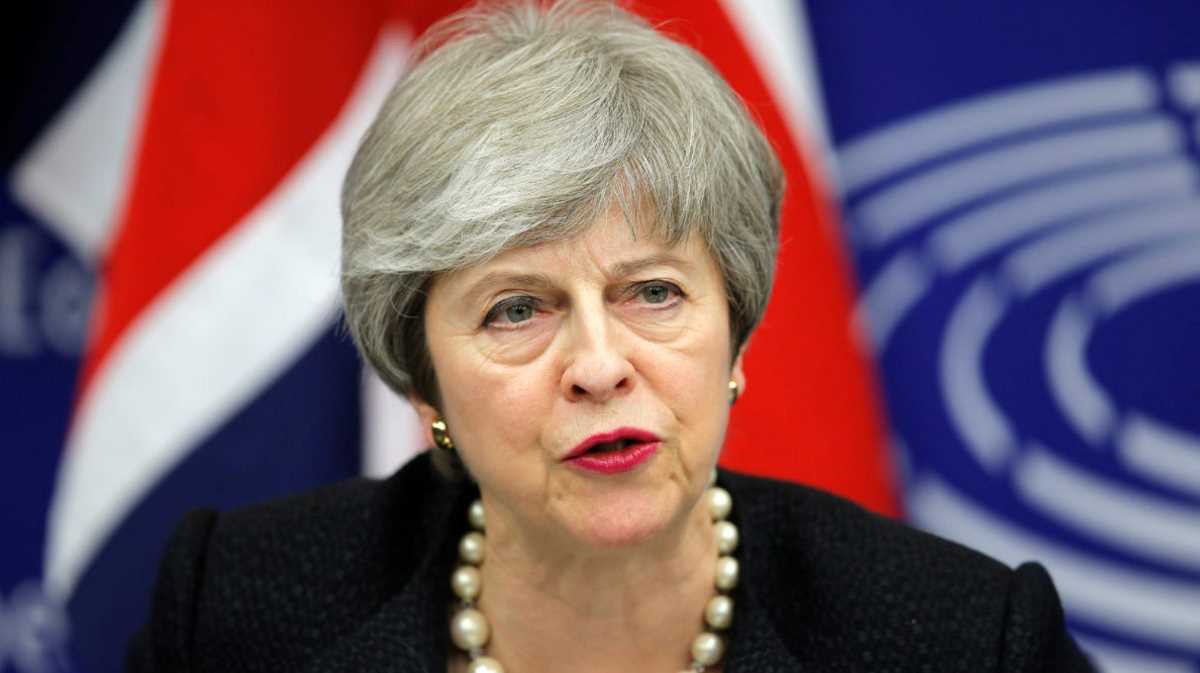 Britain   British Prime Minister Theresa May
With just days to go before the Brexit deadline, April 12, the prime minister will now have to ask the European Union (EU) to extend Article 50 in order to avoid a no-deal Brexit.

The passage of the bill means the authority of May's government was further weakened as it would give MPs a chance to make legally binding changes to her requested departure date during a debate in the parliament on Tuesday.

The House of Lords made two changes to it that removed a significant sting for the prime minister, which was signed off by the lower house on Monday.

All the parliamentary stages have now been completed and it will be sent to the Queen for "Royal Assent."

Britain is on track to leave the EU on Friday but the prime minister has chosen not to pursue a no-deal divorce.

The prime minister wants to move the Brexit date from April 12 to June 30, but EU leaders will give her a longer extension, which she does not prefer.

British Foreign Secretary Jeremy Hunt said Monday that May was leaving "no stone unturned" to try to resolve the Brexit problem.

Arriving in Luxembourg for a meeting of the Foreign Affairs Council, Hunt said: "I can't tell you that I'm very confident or not confident. We are going into these talks sincerely and we have to see what the outcome is."

EU leaders are divided about what to do if the British politicians fail to strike a deal among themselves.

May has lost three votes on her Brexit deal, with ardent Brexiteers and Eurosceptic Conservatives joining forces to defeat it.

The passage of the bill in parliament on Monday came as talks between May and Jeremy Corbyn, the opposition Labour leader, failed to break the current Brexit deadlock.

It also came hours before May's trip to Berlin and Paris on Tuesday, when the prime minister will hold talks with German Chancellor Angela Merkel and French President Emmanuel Macron for a delay of the Brexit date, which has been pushed back from March 29 to April 12, May's spokesman said Monday.

May also spoke by phone to many other European leaders ahead of Wednesday's EU summit, during which she is expected to seek a second extension to Britain's exit date from the EU.

Britain's impasse over Brexit casts a cloud of uncertainty over the EU leaders' meeting for emergency talks in Brussels on Wednesday.

The leaders from 27 EU member states are frustrated with all the Brexit wrangling. They had agreed that April 12 will be the Brexit date, if by then May still has not got the withdrawal agreement passed by parliament.

Michel Barnier, the EU's chief Brexit negotiator, was in Dublin on Monday for talks with Irish Prime Minister Leo Varadkar.

They discussed developments in London as well as preparations for a possible no-deal scenario. ■

British pound falls as lawmakers rule out delayed Brexit
May's plan still best, British MPs not able to find any solution for Brexit
Call for no-deal Brexit to be ruled out

Sharpest decline in German exports in February since 2018

Argentina's president confident of coronavirus vaccine breakthrough by March
Ethiopia responds after Trump says Egypt will blow up Nile dam
U.S. lifts ban on suppliers selling to China's ZTE
U.S. calls on Egypt to not to use China telecoms devices