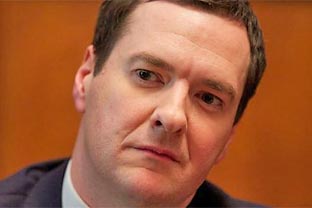 British chancellor George Osborne has said that "Britain's economic plan is working"as he revealed an Autumn Statement containing bold steps to "remove that cap on aspiration".


Mr. Osborne outlined plans to extend the retirement age for millions but also said that the "job is not yet done". He said there will be "more difficult decisions" and acknowledged that the effects of the economic crash on family budgets were still being felt "The hard work of the British people is paying off and we will not squander their efforts," he added.

Mr. Osborne said the economy was on track to grow by 1.4 per cent this year - more than double the 0.6 per cent pencilled in at the time of the March budget. Growth in 2014, he said, was expected to be 2.4 per cent, up from the previous estimate of 1.8 pe rcent.

Mr. Osborne said that the recession had been even deeper than feared with GDP down by 7.2 percent rather than 6.3 percent. This is the equivalent of 3,000 pounds per household and one of the sharpest falls globally. But he said that UK plc was now growing faster than any other advanced economy.

Mr. Osborne said the improving economic outlook meant borrowing would be ?111 billion this year - 9 billion pounds less than predicted at the time of the budget in March. Overall the office for budget responsibility is now forecasting that borrowing over the next five years would be 73 billion pounds less than previously thought with a "small cash surplus" by 2018/2019. ■

Japan slips to IT market No2