Christian Fernsby ▼ | April 24, 2019
Politicians returned to Westminster Tuesday after their Easter recess with no progress reported during the latest round of talks between the two main parties seeking to end the Brexit deadlock. 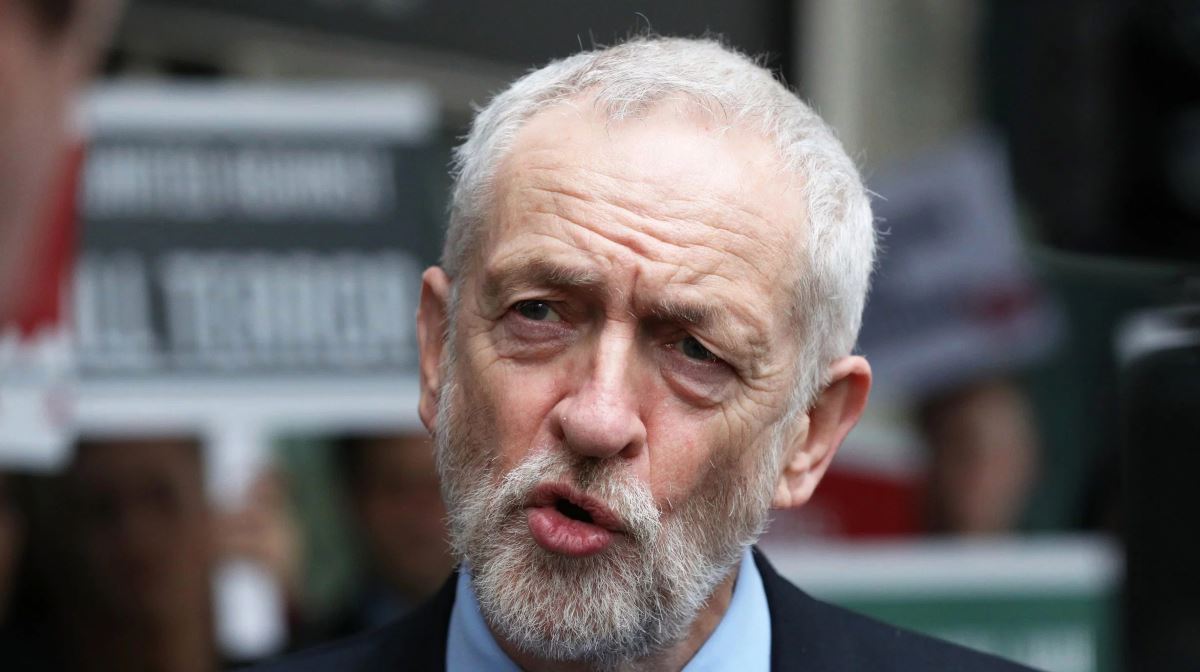 Britain   Labour's Jeremy Corbyn
The governing Conservatives and their rivals, the Labour Party, blamed each other for the lack of progress in the quest to find a deal both sides can agree to enable Britain to leave the European Union.

Prime Minister Theresa May, eager for her own three-times rejected Brexit withdrawal deal to got support, accused Labour of "dragging its feet in Brexit compromise talks", the Daily Telegraph in London reported.

May is said to have told her senior ministers at a Tuesday cabinet meeting that while talks with Labour were serious, they had hit difficulties over how quickly they should take place and reach a conclusion.

Corbyn said the government had so far refused to move on the terms of May's Brexit deal which MPs have already rejected three times, once by the biggest margin in British political history.

The Telegraph commented: "The comments by the two leaders suggest a Brexit breakthrough remains incredibly unlikely and the two sides may well be pivoting towards a blame game ahead of the potential collapse of the talks."

May's official spokesman told a regular media briefing that the government's position was that progress needed to be made urgently as it was vital to deliver on the result of the 2016 referendum when people voted to leave the EU by a 52-48 margin.

Corbyn responded: "There has got to be a change. We have a window of opportunity to bring about that change. I hope the government recognises that and makes the most of it."

If the British parliament fails to agree a Brexit deal quickly, Britain will have to take part in next month's European Parliament elections, even though the MEPs (Members of the European Parliament) elected would only serve in office until Britain leaves the bloc.

The latest potential candidate to announced she will be seeking a seat in the European Parliament is 53-year-old, Rachel Johnson, sister of former Foreign Secretary, and an ex-mayor of London, the Conservative Boris Johnson.

Meanwhile the fate of May's reign as Britain's prime minister dominated talk in the corridors of Westminster Tuesday.

Britain's media has widely reported that an increasing number of Conservative MPs want May to announce the date she will leave 10 Downing Street, with some saying they favour a date in early June.

Backbench Conservative MPs gathered at a meeting in London to discuss whether there should be a change of rules to enable a no-confidence vote to take place.

May survived such a vote late last year, and under current party rules, she cannot be challenged for a year. It would mean a fresh challenge not taking place until the end of 2019, unless the rules are changed.

Reports in London late Tuesday said no conclusion had emerged during a meeting of the executive of the 1922 Committee, the name of the body representing backbench Conservative MPs.

One report said a further meeting would take place Wednesday to discuss a possible change in the party rules.

Newspapers in London said Sir Graham Brady, chairman of the 1922 Committee had met May in her Westminster office and told her a number of MPs wanted her to name a date for her departure. ■