Staff writer ▼ | February 18, 2015
Turkey has taken an important step towards reaching its 2023 renewable energy targets thanks to support from the European Bank for Reconstruction and Development (EBRD). 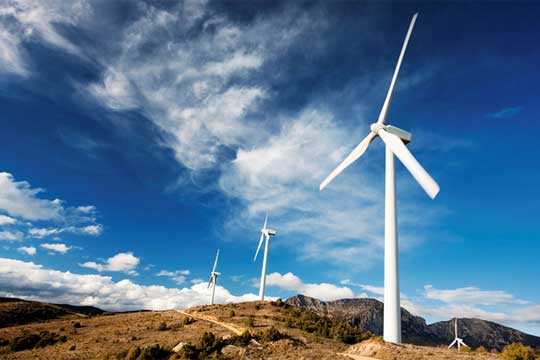 Sustainable energy   EBRD supports shift to renewable energy in Turkey
In a move to grow the share of renewables in the country's energy mix, increase security of energy supply and reduce greenhouse gas emissions, the Turkish Ministry of Energy and Natural Resources has developed with the support of the EBRD Turkey's first National Renewable Energy Action Plan in line with the EU's Renewable Energy Directive.

Turkey has pledged to develop 30 percent of its total installed capacity from renewable sources by 2023. The objective is to add 34 GW of hydropower, 20 GW of wind energy, 5 GW of solar energy, 1 GW of geothermal and 1 GW of biomass. The country also aims to have 10 percent of its transport sector needs met by renewable energy.

To achieve this goal Turkey must increase its non-hydro renewables output about sevenfold in less than ten years. The action plan developed with the EBRD is the guiding document for the Ministry of Energy and Natural Resources to meet these targets.

It sets out the course of action required to attract more investment in renewable energy projects. For example, the document identifies the regulatory gaps hindering private investment in the sector and establishes measures based on international best practices.

These include financial support for projects, cutting red tape and improving the legal framework, enhancing the interconnection infrastructure and developing support mechanisms such as the early stage geothermal support framework currently being pioneered by the Bank.

Minister of Energy and Natural Resources, Taner Yildiz, said: "Turkey will continue increasing energy generation from its domestic resources, including from renewable sources such as hydro, wind, geothermal and biomass."

"Renewable energy is one of the key elements of the policy and strategy which shape Turkey's energy agenda," he added.

The initiative to support the Turkish Ministry of Energy and Natural Resources in developing the action plan is funded by a €150,000 grant provided by the government of Spain. This financing enabled the EBRD to hire the Deloitte consultancy to work with the Ministry.

The involvement of the EBRD builds on a Sustainable Energy Action Plan signed with the Turkish Undersecretariat of the Treasury in 2011. In line with the plan, the Bank works with the government, provides donor-funded technical advice and invests in renewable energy projects.

To date the EBRD has directly co-financed the construction of two of the largest wind farms in Turkey: the 142.5 MW Enerjisa Bares wind power plant in Balikesir and the 135 MW Rotor wind farm in Osmaniye. Both plants are in operation and together account for about 8 percent of Turkey's current wind-power-generated electricity.

Sustainable energy represents almost half of the Bank's total portfolio in the country and since 2009 the EBRD has invested €2.1 billion in 55 such projects.

Since it started operating in Turkey in 2009, the Bank has invested almost €5 billion in the country through more than 140 projects in infrastructure, energy, agribusiness, industry and finance. In 2014 Turkey became the EBRD's leading recipient country, with new investments worth €1.4 billion. ■

Vintage-looking audio gadgets: The best of both worlds