Staff Writer | July 28, 2017
The Bangladeshi government will soon decide on the three selected sites for the construction of a new mega international airport on the outskirts of capital Dhaka. 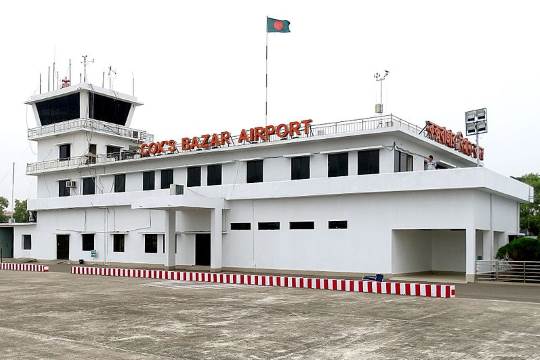 Asia   The three selected sites
A foreign consulting firm is working on the site selection.

A 1.2-billion-taka deal was signed with a Japanese firm in September last year to conduct feasibility studies, selecting site and making a master plan for the airport in the name of Bangladesh's founding father Bangbandhu Sheikh Mujibur Rahman, also father of incumbent Prime Minister of Bangladesh Sheikh Hasina.

"We'll make a decision on the site location soon as feasibility studies for selecting the site to construct the Bangbandhu Sheikh Mujibur Rahman Airport will be completed this month," Bangladeshi Civil Aviation and Tourism Minister Rashed Khan Menon told journalists on Wednesday.

No further details were available about the project which is still under planning stage.

The Bangladeshi government had selected three possible sites, two of which are in districts close to Dhaka and the other inside Dhaka district.

Planning Minister AHM Mustafa Kamal had earlier said the government would construct the new airport, which is to be the largest in South Asia, on the west bank of Padma River where wide-bodied aircraft equivalent to Airbus A380 could land and take off.

"We're keen to construct the airport so that it can function as one of the key airports of the South Asia region," he said.

Bangladesh has been making many mega infrastructure projects centering the largest Padma bridge. The 25-meter-wide and 10-km-long bridge is being built over Padma River, one of the three major rivers in Bangladesh. ■

Nigeria to be rice self-sufficient next year