Staff writer ▼ | May 22, 2014
Inflation in Austria reached 1.6% in April. Together with Romania, Austria has the highest inflation rate in the European Union. 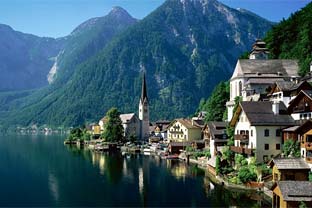 Inflation in Austria reached 1.6% in April. Together with Romania, Austria has the highest inflation rate in the European Union.


Analysts have predicted that inflation has risen because of an increase in the cost of housing, water, energy and food.

Austrian grocery prices have increased almost 5 percent year-on-year and have reached a record high in 2014. Prices have also increased in restaurant, hotel and tourist services as well as in telecom. So how has the inflation affected people living in Austria? According to a study conducted by the Austrian Federal Chamber of Labor, the cost of the average shopping basket has increased by an average of 4.8 percent from March 2013 to March 2014. ■

Google most valuable brand, Apple falls to No2