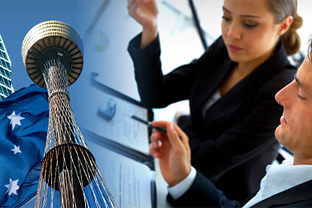 Australia will report a budget deficit of $30.1 billion for the fiscal year, almost 100% more than its May estimate of $18 billion.


Federal Treasurer Chris Bowen said Australia is undergoing "economic transition" and that it is "not a crisis". Mr. Bowen said that Australia will experience weaker economic growth, increased unemployment, and more government debt.

Australia growth has slowed to 2.5 percent, still above the 1.7 percent US economic expansion, but much lower than its Pacific counterparts. Unemployment isn't expected to drop until at least 2015, according to the updated economic outlook. The jobless is expected to rise from 5.5 percent to 5.75 percent, and is exptectd to expand to 6.25 percent before returning below 5 percent in 2015. ■