Staff Writer | November 8, 2017
Australian Prime Minister Malcolm Turnbull has labelled the Queensland government's decision to veto a major loan for a coal mine an "absolute disgrace." 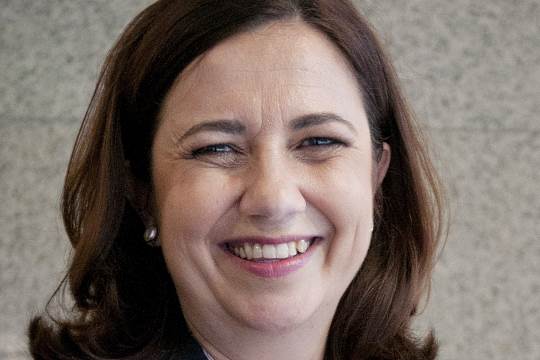 Palaszczuk, who is campaigning ahead of the Queensland election on November 25, said that she made the decision based on a 2015 promise that taxpayers would not fund the Adani project.

The mine has been subject of much controversy in Queensland with the environmental impact of the project and public funds allocated to the mine being questioned.

Turnbull on Wednesday slammed the decision, saying it has robbed the state of thousands of jobs.

"I think it is a real reflection of the conflict you see within that government, within the Labor Party, between trying to appease the green left and trying to support industry and workers, coalminers and power station workers and the industry that development would bring," Turnbull told News Limited on Wednesday.

"It is an absolutely disgraceful abdication of responsibility on her part."

The Adani Group, which is owned by Indian billionaire Gautam Adani, has said that the mine would create 10,000 jobs for Queensland.

The 447 square kilometer mine would produce 2.3 billion tonnes of coal over 60 years, the company said.

Palaszczuk first said that the decision to veto the loan was due to a conflict of interest because her partner worked on the application but soon after changed her reasoning.

She denied claims that there was a conflict created by the government owning shares in Aurizon, a company with a rival bid to build the rail line.

"There has been no decision in relation to those matters ... that hasn't come before (Cabinet Budget Review Committee) and I won't be dealing in hypotheticals," Palaszczuk said.

"The public, families across Queensland do not want their taxpayers' money going to a big international company." ■

Just a warm up: China, U.S. sign $9 billion worth of deals amid Trump visit