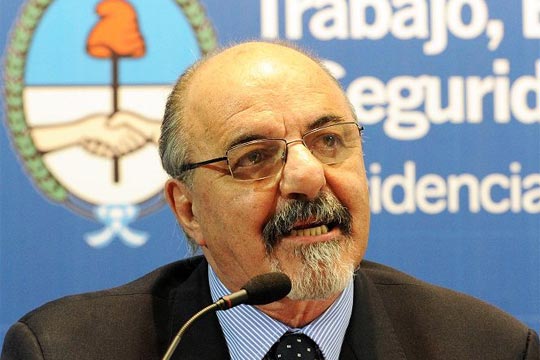 A fundamental axis   Labor Minister Carlos Tomada
The government considers employment "a fundamental axis to be protected and nurtured," and retains increasing employment its priority, Mr. Tomada said at a press conference. The Employment Observatory, a watchdog formed to monitor the level of labor activity in the country, is expected to strengthen employment and entry into the workforce, he said.

Working together with business and union organizations, the agency will monitor the employment situation, such as any negative trends, and will in some cases respond to them, the minister said.

The agency has decided to increase the minimum wage to 4,400 pesos (523 U.S. dollars), starting from September 1.

Recent figures from Argentina's National Census and Statistics Institute (INDEC) showed that the unemployment rate reached 7.5 percent in the second quarter of 2014, 0.4 percent higher than that of the first quarter.

The underemployment rate, workers who work less than 36 hours a week, registered 9.4 percent in the same period, compared to 8.1 percent the quarter before.

According to official figures, Argentina's economically active population stands at 19 million, and of that some 3.211 million is unemployed or underemployed. ■