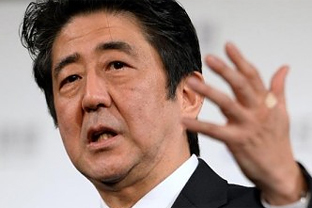 "A strong India and a strong Japan can come together and I think we can do wonders," Mr Abe said.

Though no major defence deals were clinched, the two countries decided that Defence Minister AK Antony will visit Japan this year. The two nations also decided to conduct a joint military exercise in the Pacific Ocean.

In a seminar organised by trade body FICCI, Indian companies lined up for Japenese investments and technology. Since 2013, the engagement between the two countries has increased manifold.

The Ministry of External Affairs said India hopes to gain from Japanese technology, capital and management methods and that Japan could help in the India story by creating modern infrastructure. The Japanese PM assured that his country is interested in working with India in the areas of technology and human resources. ■