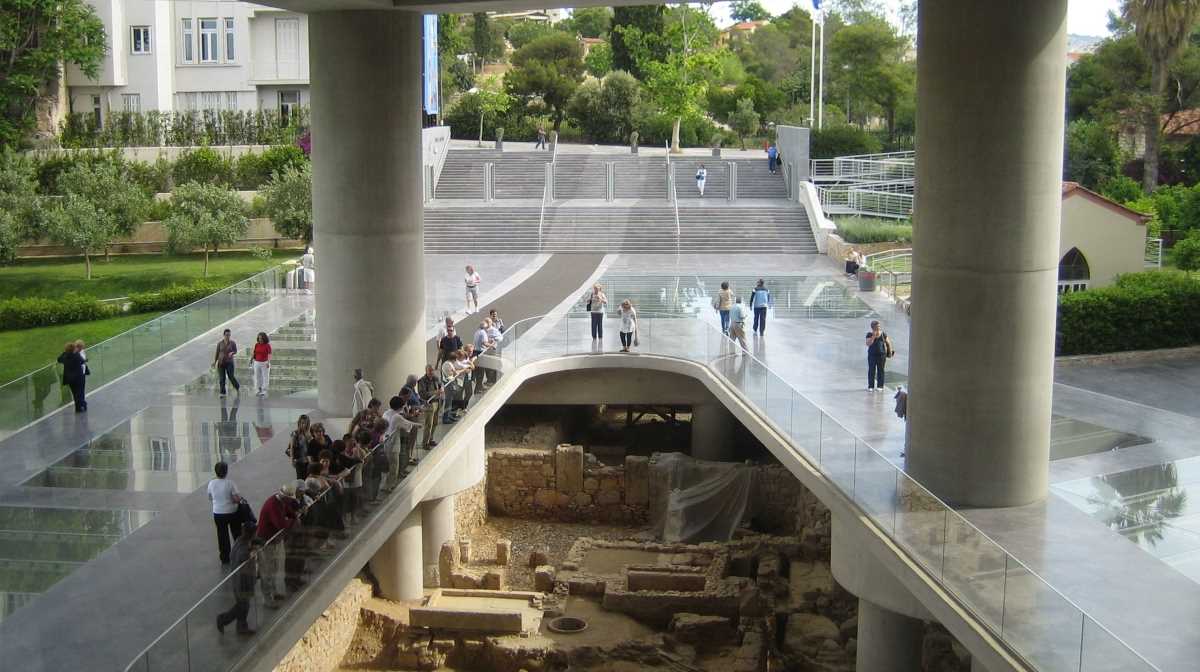 Greece   See streets, houses, and shops dating back to 3000 B.C.
Guided by the Museum’s archaeologists, you have the opportunity to wander through the archaeological excavation which stretches underneath the Museum.

You will be able to walk on the ancient neighborhood’s streets, take a closer look at the houses with their courtyards and wells, enter the heart of the impressive mansions with the private baths, examine the workshops with the water reservoirs, take a magical stroll through time and the daily life of the people who lived in the shadow of the Acropolis' rock for over 4,500 years.

Today the visitor can only see part of what was brought to light by the excavations in the "Makrygianni plot", as the area surrounding the Museum is named.

Part of this excavation has been covered with a contemporary layer of earth to preserve it, while another was removed to make way for the underground levels of the Museum and the Metro Station "Acropoli".

The 45-minute tour is given in English every Tuesday, Thursday, Saturday and Sunday at 12:00 and in Greek the same days at 13:00.

Participation is limited to 20 visitors per session - first-in first-served.

Before entering you must pass through security check so avoid bringing large bags or luggage. ■

30th Icehotel is open and it's time to visit that frosty Swedish miracle
Churches of New Mexico, a new adventure steeped in history
RioStar: A look at Rio de Janeiro from another angle
See Black Hills from the oldest continuously operating tourist train