Christian Fernsby ▼ | February 17, 2020
Located a few kilometers from Route 66 in Oklahoma, one man’s collection of concrete totem poles is unique in the world. 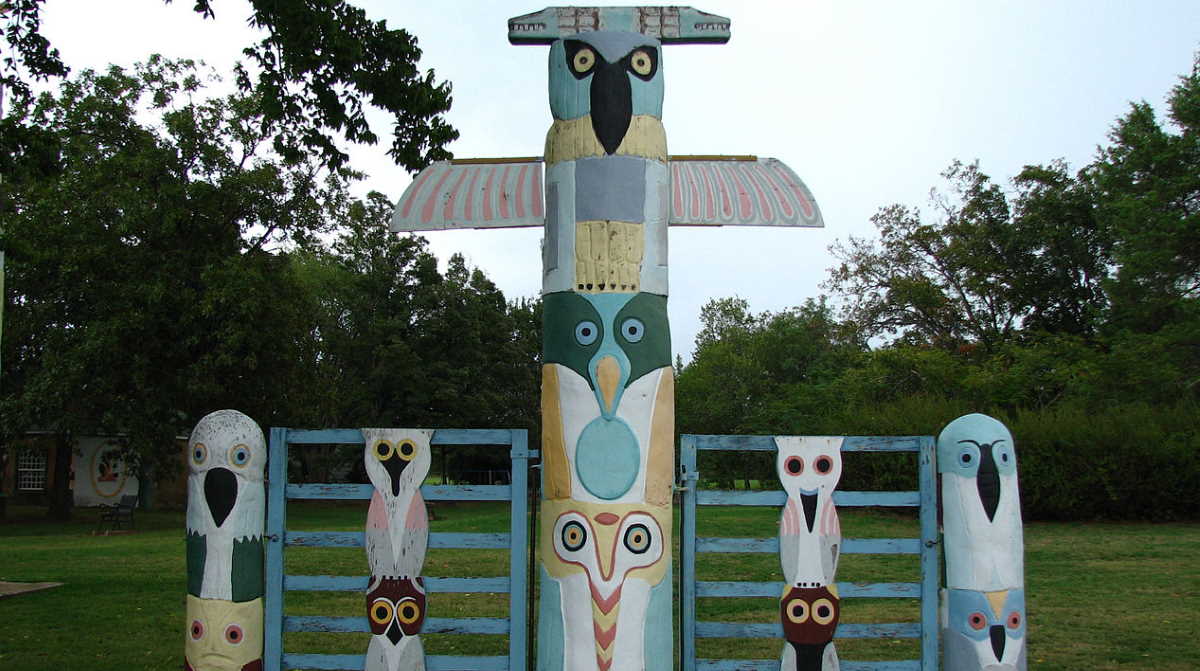 Oklahoma   Totem Pole Park
Oklahoma’s Totem Pole Park is the work of Ed Galloway who created the attraction over a number of decades. Being an art teacher, Galloway began construction on his personal park in 1938.

His goal was to create a series of totem poles using sturdier building materials. Using concrete, rebar, and steel reinforcement, he created a number of totems on his land surrounding the Fiddle House which was modeled after a hendecagonal Navajo hogan, and which was supported by a series of cement totems.

The main totem which took Galloway 11 years to finish and and now is the record for largest concrete totem pole in the world. It is completely covered in bright reliefs of animals and characters in a traditional American Indian style.

The entire stack of looming faces and squashed beasts was made to sit on the back of a giant concrete turtle who looks a bit crushed by the weight of the world.

Visit Pando the Trembling Giant, one of the largest and oldest organisms in the world
Annandale Falls, one of the most visited tourist attractions in Grenada
Autograph Collection Hotels introduces the Ben in West Palm Beach, Fl.
Lemon Festival, unique event that celebrates citrus