Nalynn Dolan Caine ▼ | December 13, 2019
You can find caves everywhere but there are only a few of them that leave you speechless. 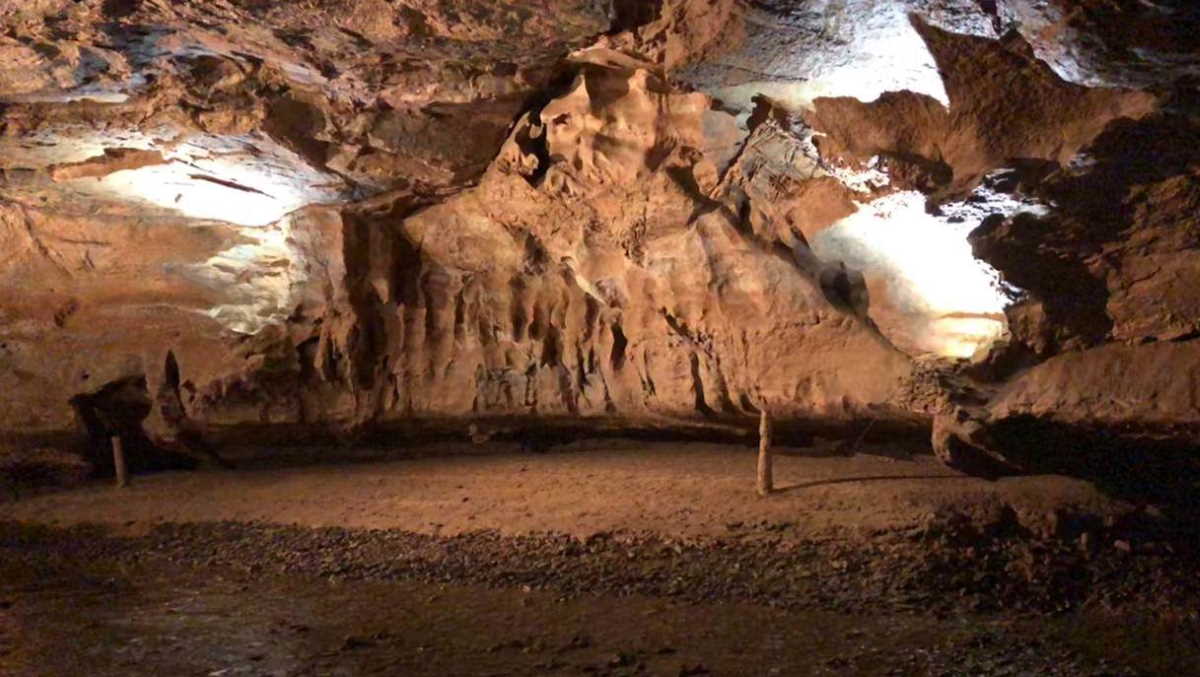 According to the legend of the Cherokee Indians, the caverns were used to hide from the white man and others before they were discovered by European settlers around 1850. All of the Cherokee Indians knew of this site and the entire population lived in the area before being pushed out and forced to move to Oklahoma.

Around the time that the caverns were discovered by Europeans, the history switches from Indian legend to written record.

The tour guides tell the story that two boys, ages 6 and 8, were the first people to explore the cavern.

According to a story the boys dragged a dead tree to the opening and cut a majority of the limbs off and slid it down 30 into the opening. They climbed down and using only glass bottles filled with kerosene lit with a rag for light.

The records say that the Tuckaleechee were found by sawmill workers watching water from a heavy rain pour into a sinkhole. A small opening in the rock, where the water was rapidly disappearing, led to the immense cave system.

Tourists come here to see both the strange and impressive geological formations, but also the crystal clear stream that flows through the entire system of caverns. The streams drains Dry Valley, a small cover above the cavern system that is so named because, whenever it rains, the water disappeared quickly. Now we know where all of it is going.

Discovery of the Big Room by members of the National Speleological Society, brought in new tourists after it was added to the mile-long guided tour. The Big Room is more than 400 feet long, 300 feet across, and 150 feet deep.

Stalagmites, those that grow from the floor toward the ceiling, reach up to 24 feet in the middle of the Big Room.

The Tuckaleechee Caverns are located about 18 miles from the center of Pigeon Forge, Tennessee, and 32 miles from Knoxville, Tennessee. ■