There's definitely little spy in all of us. Test your spy skills at International Spy Museum

Nalynn Dolan Caine ▼ | July 30, 2019
Travel back in time to learn about past spies and unlikely undercover agents. Adopt a cover identity and self-test spy skills along the way. 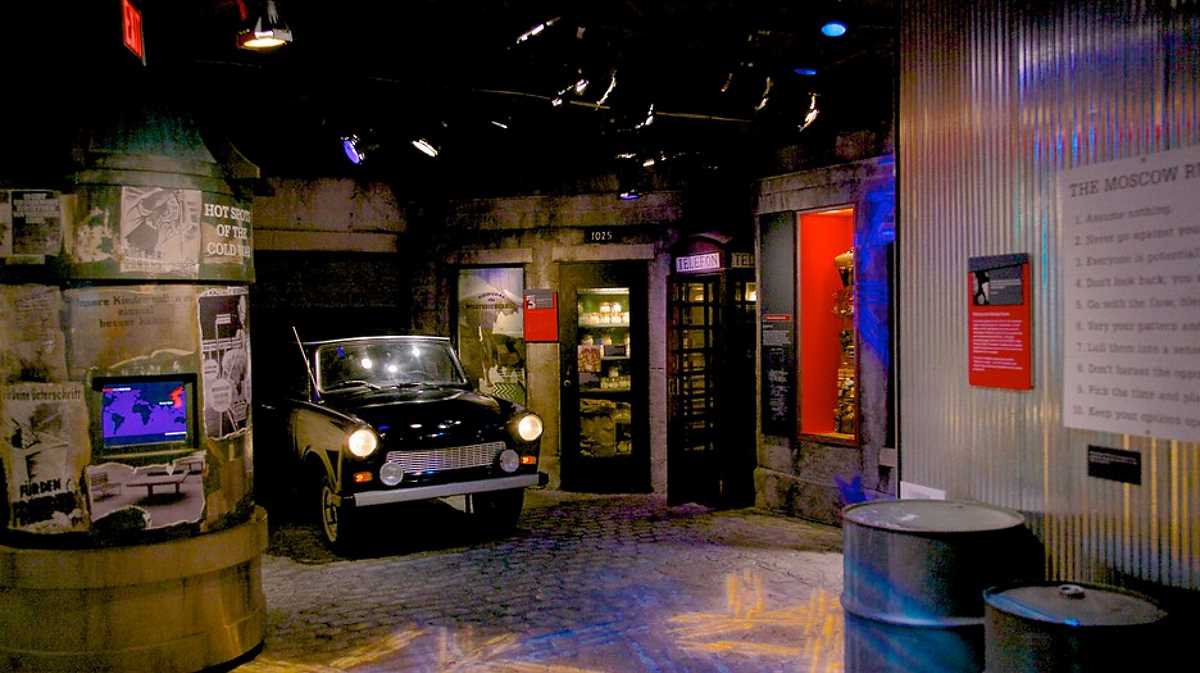 Washington, D.C.   From lipstick pistols to a pigeon camera, there are exhibits for all ages
The International Spy Museum in Washington, D.C. is the only public museum in the United States solely dedicated to espionage. It features the largest collection of international espionage artifacts ever placed on public display.

Scanning the overall impact of spy craft on world history, the museum showcases some ancient Chinese wisdom including a note of Chinese general Sun Tzu's The Art of War, an influential work of military strategy, and a briefing on Chinese philosopher Mozi's description about a smart device to detect invaders tunnelling beneath city walls.

Another surprise for many visitors may be the historical facts on how Europeans smuggled the secrets of Chinese silkworm cocoon spinning, porcelain making and tea planting.

Also among the museum's highlights are a Four Rotor Japanese Enigma Machine made in Nazi Germany, a silver dollar coin with a suicide needle made by CIA in 1922, and some wreckage of a U-2 Plane shot down when conducting an espionage mission in the Soviet Union airspace.

While spies are told to deny everything, you will want to tell others you have been here.

Under Armour Q2 revenue up 1 percent

KLM miniature houses, highly prized celebrate 100 years
OneWeb satellite network is to be launched and you can watch it live in Baikonur
Hotel RL St. Louis Airport opens
For all flower lovers Amsterdam is place to be in January