Nalynn Dolan Caine ▼ | May 31, 2014
This Mediterranean coastal city has some of the finest sandy beaches in the world, awesome nightclubs and a nightlife that just doesn't stop. Meet Tel Aviv, one of the world's most intriguing and multidimensional cities. 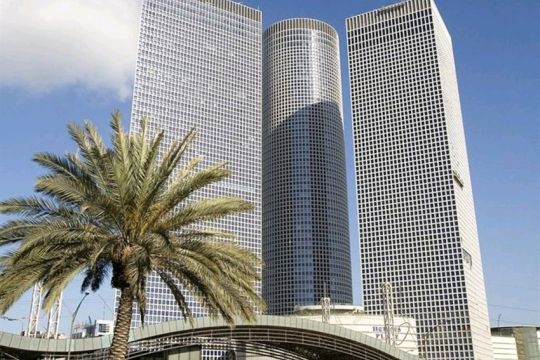 This Mediterranean coastal city has some of the finest sandy beaches in the world, awesome nightclubs and a nightlife that just doesn't stop. Meet Tel Aviv, one of the world's most intriguing and multidimensional cities.

The phenomenon of Tel Aviv cannot truly be explained until you visit it. It has an atmosphere you can easily immerse in. If people from all around the world visit nearby Jerusalem to pray together then Tel Aviv is the city where they come to party, dine, talk, work and have good time all together. Great weather almost year round, award winning restaurants virtually from each and every corner of the world, and its architecture make it without no doubt one of the most exciting cities in the Middle East and Europe.

And no matter how many times you visit it, how good you think you know it, you will learn very soon that with every new visit it stimulates your mind.

As strange as it may sound Tel Aviv is famous for another city, Jaffa, one of the world's most ancient fortified port cities. A short walk south along the Tel Aviv-Jafa Promenade brings you to that old Arab port town. Historians believe that Jaffa is the only port in the world which can boast uninterrupted inhabitation throughout its entire existence. Today it is one of the hottest places to visit thanks to its beautifully restored old quarter filled with galleries, shops, artisan boutiques and restaurants.

Stroll its narrow alleys named after the signs of the Zodiac, visit the Clock Tower, the Flea Market, Mahamoudia Mosque and the old Jaffa port. Then take a seat and have a delicious meal while enjoying the evening sea breeze and Jaffa's timeless beauty. And if you decide to spend few days here, yes, you are hooked on Jaffa, no surprise there.

A short walk back along the promenade and here you are in a very laid back and informal Tel Aviv. The city boasts ten beaches along the length of its seafront. Banana Beach, located on the southernmost edge near Jaffa, draws the bohemian crowds on Friday evenings and the most popular beaches, the Gordon and Frishman beach, are right in the center of the beach strip. Playing volleyball on a beach in early night hours is just a small part of crazy Tel Aviv nights where people begin to party at 11pm but most parties warming up at 2am.

The city has so many great options for drinking and dining and one of the most common habits in the lives of Tel-Avivians - which you could adopt very fast - is to hang out at the trendy cafes on famous Dizengoff Street, Sheinkin street and Basel Street, especially on sunny Fridays while cool sounds across the tables spread over the terrace outside. Taste Goldstar and Maccabi, two Israeli beer brands, and who knows, maybe they bring you new friends. Israelis are casual and hospitable and it is easy to start conversation at cafes.

To get the bigger picture where you are visit the Azrieli Observatory situated on top of the Azrieli center to view Tel Aviv from the highest perspective possible. Buy the way, Azrieli center is one of the biggest shopping centers in Israel. The number of stores is insane! Where were we? Oh, yes. From the top you could see Hayarkon Park that boast walking paths, sports facilities, a water park, botanical gardens and many more.

From the top you could also see one more thing that define the city from any other cultural capital in the world. There are more than 4,000 houses in the German Bauhaus style built during the 30's which are spread all over the city. In 2003, Tel Aviv was designated a White City by UNESCO in recognition of being one of the richest cities in Bauhaus architecture.

Talking about rich, hit Rothschild Boulevard, one of the most expensive streets in Tel Aviv. The street has it all: Bauhaus buildings, posh restaurants, largest concentration of quality bars, big banks and Tel Aviv Stock Exchange. For more elite shopping there are Kikar Hamedina, Israel's "Rodeo Drive" and Dizengoff Street. Have a good time in Levinsky Street, explore its bakery, spice shops, taste their delicatessens and don't miss nearby Florentin, Tel Aviv's SoHo.

Even if your legs let you know they refuse to take part in any more walking, before night falls down on the city inviting the many partygoers for another night out, spend a few hours in Neve Tzedek, a stylish yuppie residence, one of the city's most fashionable and expensive districts. The great chance is that you will stay until the dawn smiles. ■

Iraq posts slight rise in oil exports in May

Lions and tigers in Texas! You bet Tiger Creek Wildlife Refuge has them all!
Wonderland Festival: See the show or be the show!
Let your kid have unforgettable night sleeping with a dinosaur in Field Museum in Chicago
Visit Vilnius and see one of the prettiest Christmas trees in Europe