Nalynn Dolan Caine ▼ | January 8, 2020
Mexico has its own version of Pompeii in Nuevo San Juan Parangaricutiro, a small village in the Mexican state of Michoacán near the Parícutin volcano. 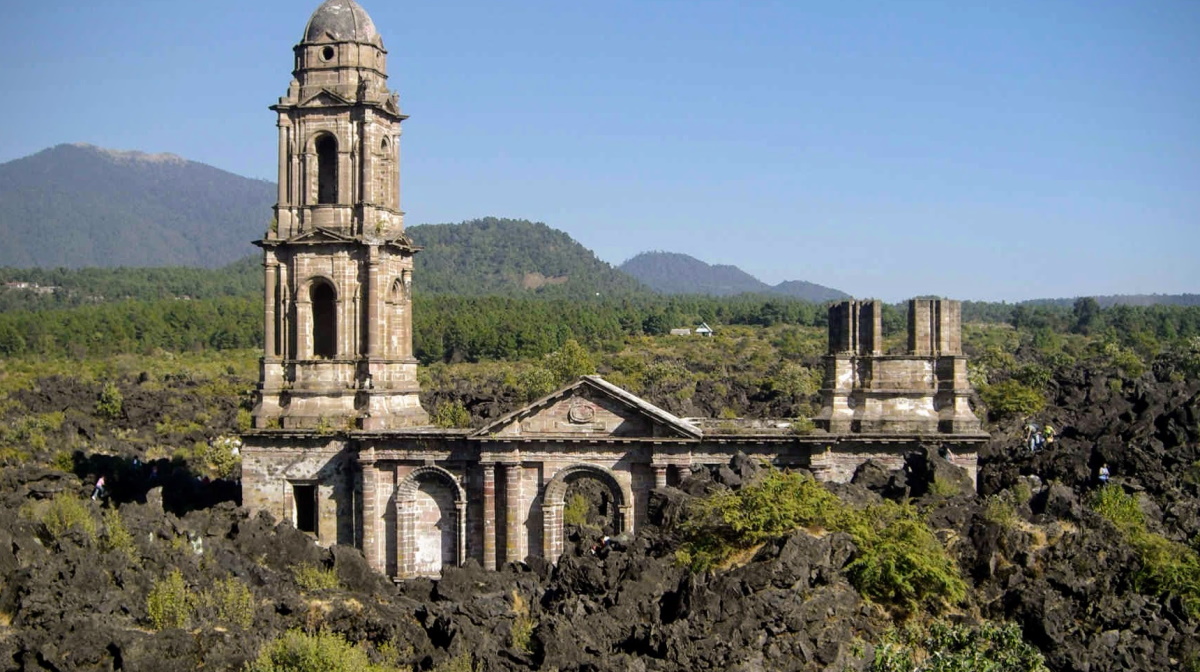 Mexico   The force of Mother Nature
Located in the state of Michoacán in Mexico, this church is the only remaining building left from the village of San Juan Parangaricutiro.

On February 20, 1943, a volcano began to erupt, slowly consuming two villages in lava and ash.

It’s said that, as Parícutin erupted, the San Juan Parangaricutiro church bells danced, two miles away. The bells sounded, the ground rumbled, and the lava began to flow.

It took almost a year for the lava to reach and melt the rocks around this small church. The Paricutin volcano continued to erupt for another eight years, but the small church withstood it all.

Today, the church of San Juan Parangaricutiro still stands halfway buried in solidified lava rock. It is all that remains of the village.

The church is now the destination of an annual pilgrimage by worshippers who believe God saved the church from the volcano. The most massive processions to the church are held on the day of birth of the volcano, which is celebrated before Easter.

A 2016 study by Mexico's National Autonomous University (UNAM) found that Paricutin's eruption was the longest, "lasting for nine years." ■

In love with heights
Places to go (28)
Puebla: city of food, culture and history

Thunderstorm warning for some of South Africa's driest towns