Christian Fernsby ▼ | August 25, 2020
An amazingly preserved Mayan temple was found in an excellent state from the base up to the roof, including its highly elaborated painted stucco decoration. 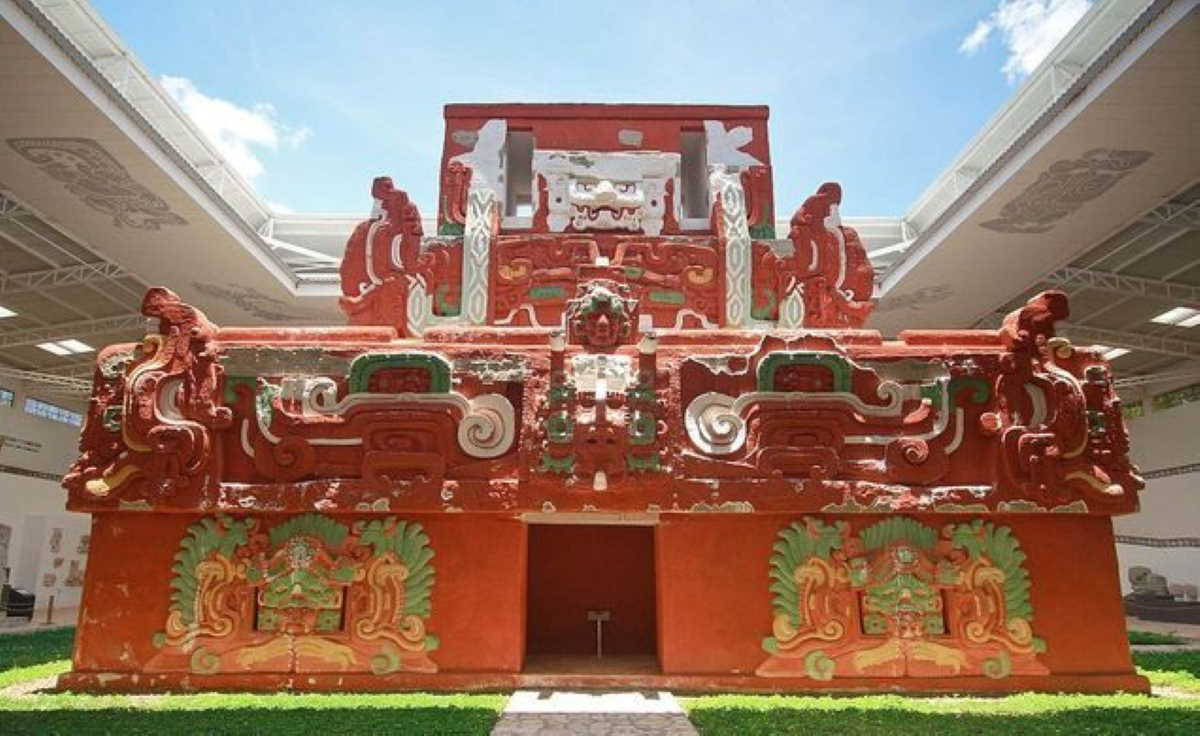 Honduras   Rooms, moldings, and niches were carefully filled
Unlike other buildings archaeologists have found, the ancient Mayans did not destroy Rosalila in Coan Ruins in Hoduras. Instead, it was carefully, and ceremoniously buried.

Its rooms, moldings, and niches were carefully filled with mud and stones, while its elaborate stucco panels were covered with a thick layer of white plaster, which still protects much of the original paint.

Among the remains found at the site were seven ceramic incense burners with charcoal still inside, two of which lay upon sculpted, stone jaguar pedestals; offerings of flint knives, nine ceremonial scepters, carved jade, conch shells, stingray spines, shark vertebrae, jaguar claws, and remains of flower petals and pine needles. Some of these remains recall religious practices still in use among the modern Maya.

Due to the deforestation of the Copán valley, the Rosalila building was the last structure at the site to use such elaborate stucco decoration. The tradition was discontinued due to the vast quantities of firewood required, which could no longer be spared to reduce limestone to plaster.

A life-size copy of the Rosalila building has also been built at the Copán site museum so that you can experience what it would have looked like when it was in use. ■

Merzbacher, a lake in Kyrgyzstan that mysteriously empties itself
Mekong Delta: The heart of true Vietnam you will never forget
Shijiazhuang, from a village to city in just one hundred years
Hyatt Place Boston Seaport District hotel opens