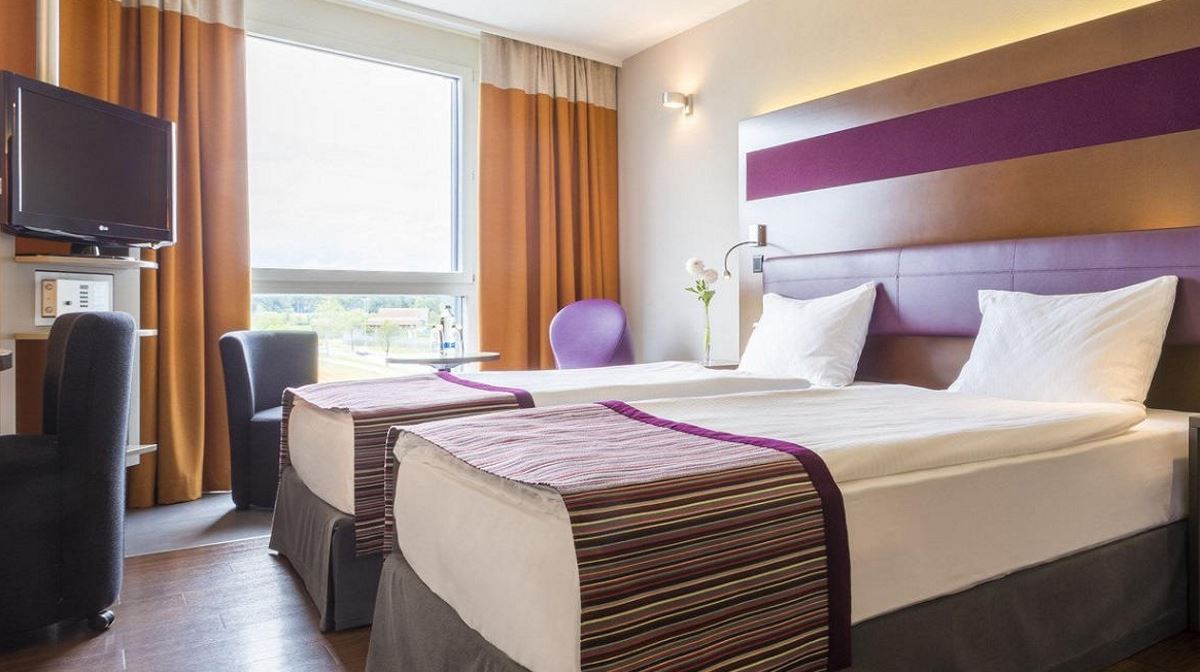 Europe   The Radisson Hotel Zurich Airport has undergone extensive renovation
Arriving in Switzerland's largest city, the hotel will be the second Radisson-branded property to open in Europe and the first in the German-speaking region.

As part of a repositioning and rebranding strategy, the former Park Inn by Radisson Zürich Airport in Rümlang has reopened under the Radisson brand.

This is part of the group's plan to introduce the upscale full-service hotel brand to the Europe, Middle East and Africa (EMEA) region.

The Radisson Hotel Zurich Airport has undergone extensive renovation work to prepare it for reopening.

All 211 guestrooms have been completely refurbished, along with the communal areas of hotel creating a fresh new look that will appeal to both business and leisure travelers.

Meeting and conference attendees will also receive the warmest of welcomes at the new hotel.

The hotel's proximity to the airport also complements the Radisson Blu Hotel, Zurich Airport, which is located directly in the airport terminal. ■