Palazzo Daniele in Italy named AHEAD Europe Hotel of the Year

Christian Fernsby ▼ | November 26, 2019
Palazzo Daniele, in Italy's Gagliano del Capo, has been named the best new hotel in Europe at the Awards for Hospitality Experience and Design (AHEAD), also scooping the Guestrooms award. 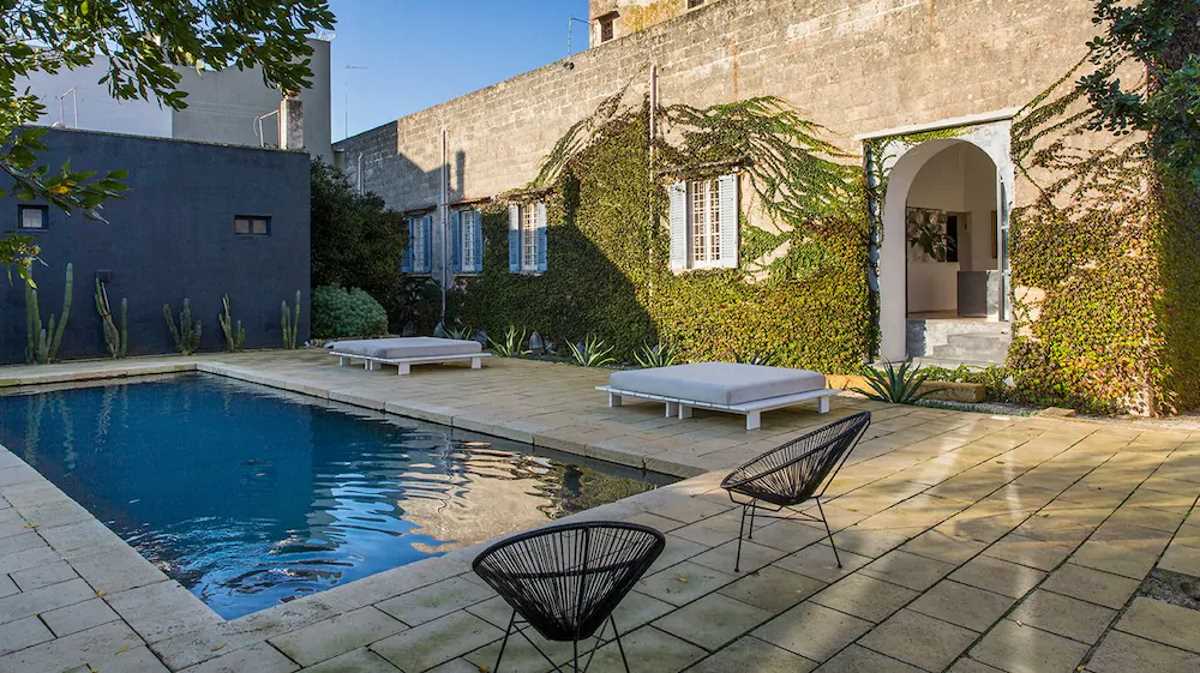 Hospitality   Awards for Hospitality Experience and Design
AHEAD comprises four annual, regional awards programmes with ceremonies in Singapore, Miami, Dubai and London. It celebrates the most outstanding new hospitality projects in each region and culminates in a global biennale.

The hotel owned by GS Collection is housed in an aristocratic townhouse that was built in 1861 local architect Domenico Malinconico and was renovated by Palomba Serafini Associati before opening its doors earlier this year.

Their minimalist design mixes the ancient and the ultra-modern, with stripped back rooms and furnishings and motifs aimed at blurring the lines between art and function.

Guests can expect monastic decor, bare walls boost and 19th century fresco ceilings, as well as a mixture of ancient family portraits and contemporary works of art on the walls.

In addition to five categories of rooms and suites, the hotel has a pool and spa, an orangery with a café, an open-air courtyard for gatherings and events and a relaxed dining area.

British Airways new Airbus A350-100 damaged before they got it

Napa Truffle Festival: Taste, learn and experience the magic of truffles
Where to go fishing? To Worlds Luckiest Fishing Village in Destin, Florida, of course!
Looking to take unique photos? Visit Museum of Selfies and strike a pose
Margaritaville Hotel Nashville opens in the heart of Music City