Staff Writer | December 15, 2017
The cable car's inaugural journey on December 21st 2017 will mark the beginning of a new era: one in which the state of the art cable car Zugspitze whisks passengers up to the highest mountain in the country in unparalleled comfort. 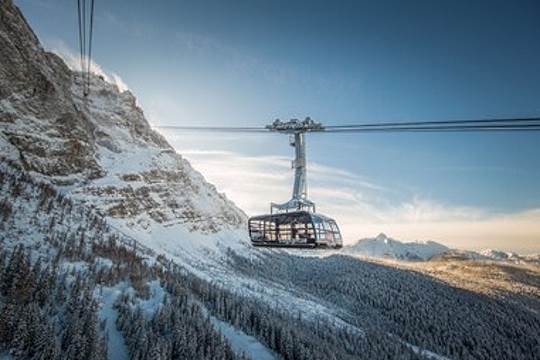 Ever-increasing numbers of visitors to the Zugspitze - around half a million every year - was one of the reasons for replacing the former funicular ropeway.

In future, two fully glazed high-capacity cabins will transport up to 580 passengers per hour to the peak, banishing queues to history.

Along the journey, they will traverse the world's highest steelwork pylon for aerial tramways at 127 metres, the world's greatest overall height difference of 1,945 metres over one section as well as the world's longest unsupported span, measuring 3,213 metres.

Three records, which passengers can experience as they savour full panoramic views of picturesque Lake Eibsee, Waxensteine and the Alpspitze as their appetites are whetted for the mountain experiences to come.

Integrated window heaters make it possible to enjoy unobstructed visibility even in bad weather and as far as Munich on clear days. Both cabins are eye-catchers in themselves, with their elegant and understated design.

Once at the top of Germany's highest peak, visitors can look forward to unique 360° panoramic views of over 400 alpine peaks in four different countries, as well as a range of all-year round adventures. ■