Christian Fernsby ▼ | August 10, 2020
If you prefer a resort atmosphere, then Black Sea resort and port city Batumi has it all to fill your heart with love. Stroll Batumi Boulevard to see one of the most romantic statues in the world. 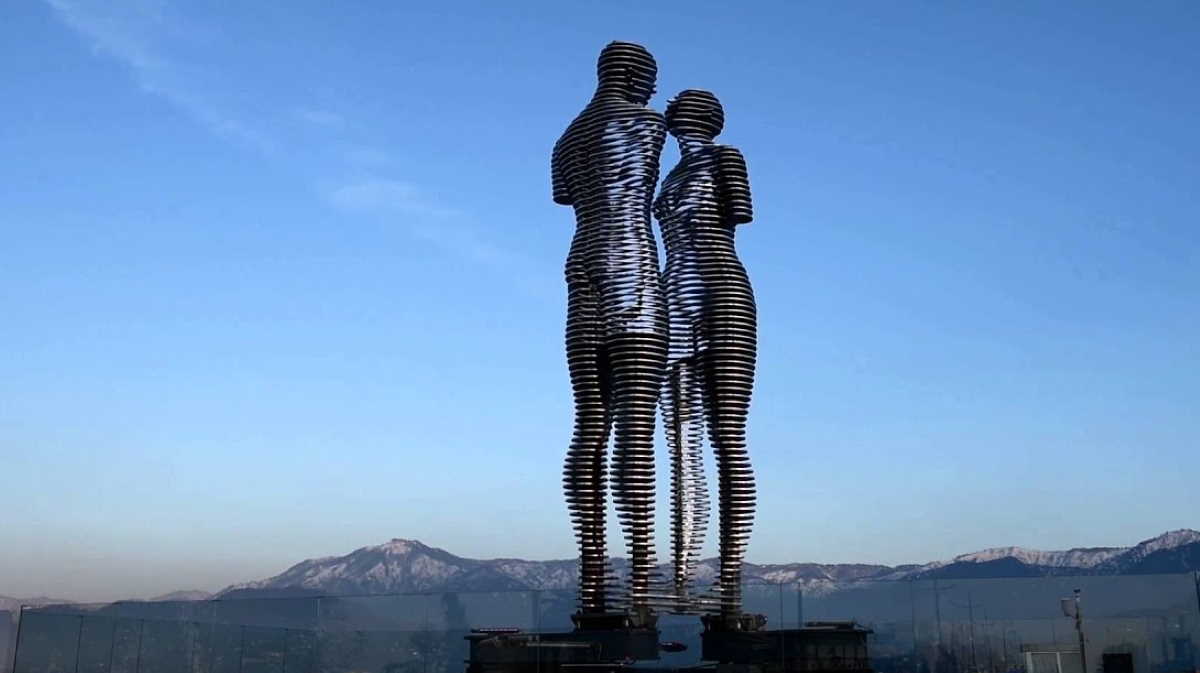 Georgia   Ali and Nino
Ali and Nino, a story back from 1937, tells a tale about Ali, an Azerbaijani Muslim, who falls in love with Georgian princess, Nino.

Sadly, after they are finally able to get together, the war hits home and Ali is killed. The author of the novel is unknown but is credited to Kurban Said. Despite the unknown origins, the title has become a literary classic in the area and is considered to be the national novel of Azerbaijan.

The giant metal artwork, also known as the Statue of Love, consists of two transparent figures made of stacked segments. Each day the two figures slide towards each other merging as their segments pass between each other never truly connecting.

The whole automated performance takes about ten minutes and is often lit with bright, changing colors. A sad story but an unusual attractions that's worth to see. ■

'In Love with the Wind,' a castle built by one man
Events in April 2009
A trumpeter and a chicken for a glorious victory

Work continues to rescue workers from collapsed carbon mine in Colombia