Lake Natron: Pink parade for bird watcher’s across the world

Nalynn Dolan Caine ▼ | July 15, 2020
Situated in Arusha Region of Tanzania, Lake Natron is one of the most caustic lakes in the world that offers the true spectacle to bird watcher’s across the world often referred to as the ‘pink parade’. 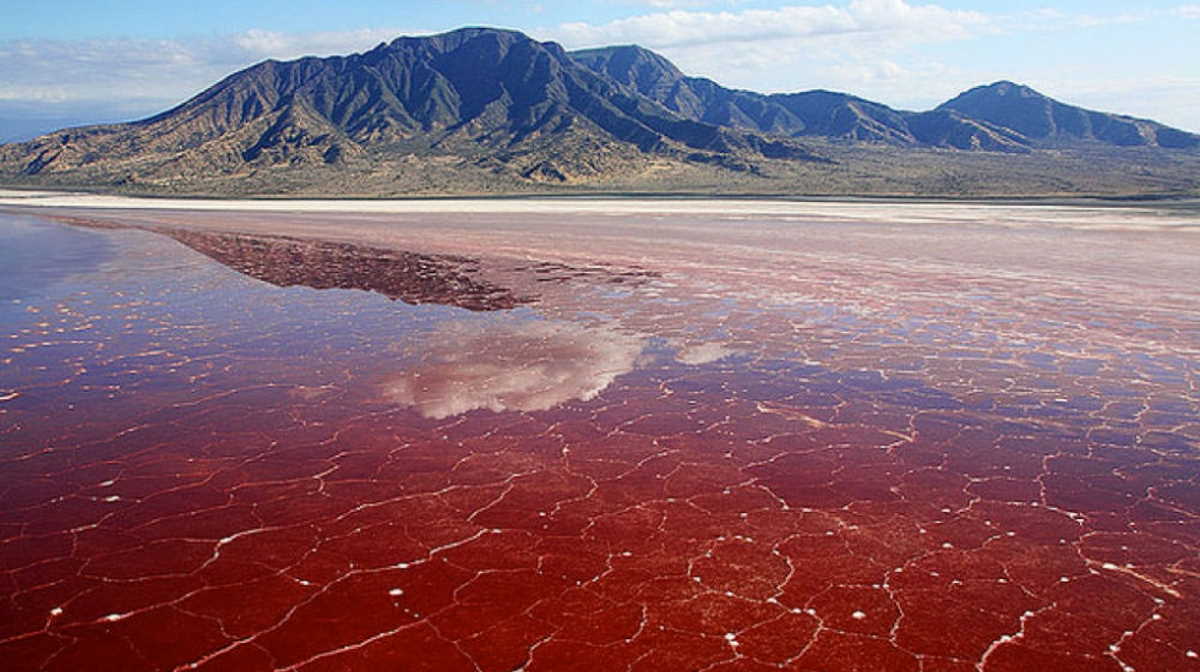 Africa   One of the most unique places in the world
This bright red Lake Natron is the world’s most caustic body of water. Depending on rainfall, the lake's alkalinity can approach that of straight ammonia, and when the lake is flooded with water it reaches hellish 60 Celsius degrees temperatures. Just to put it into perspective, 45 Celsius degrees causes blisters.

The lake gets its reddish hue from salt-loving microorganisms called halophiles that thrive in its alkaline waters and produce reddish pigments, which color the lake’s salt crust red. The salty crust, however, changes over time, giving the lake a different appearance each time. The lake basin is approximately 65 km long although on average only 20% of this is ever covered by water. In some places the salt is up to 40 metres thick.

This forbidding environment is the birds only breeding ground in East Africa that serves millions of lesser flamingos as the ideal nursery. But they too must be cautious because the lake can turn deadly even to them.

The flamingos are a source of income through tourism for Tanzania, Ethiopia and Kenya with an income of half a million US dollars at Lake Natron alone.

The lake enchants bird watcher’s across the world to watch flamingoes and the spectacle is often referred to as the ‘pink parade’.

The best months to visit Lake Natron are the coolest ones from June to August. During the dry season, the water in the lake evaporates and concentration of salts and microorganisms gets higher, creating amazing colours. ■