Christian Fernsby ▼ | September 16, 2020
Nestled in the Laos jungle, the Kuang Si Waterfalls draw gawking onlookers seeking a little bit of serene beauty in the midst of the jungle’s cacophony. 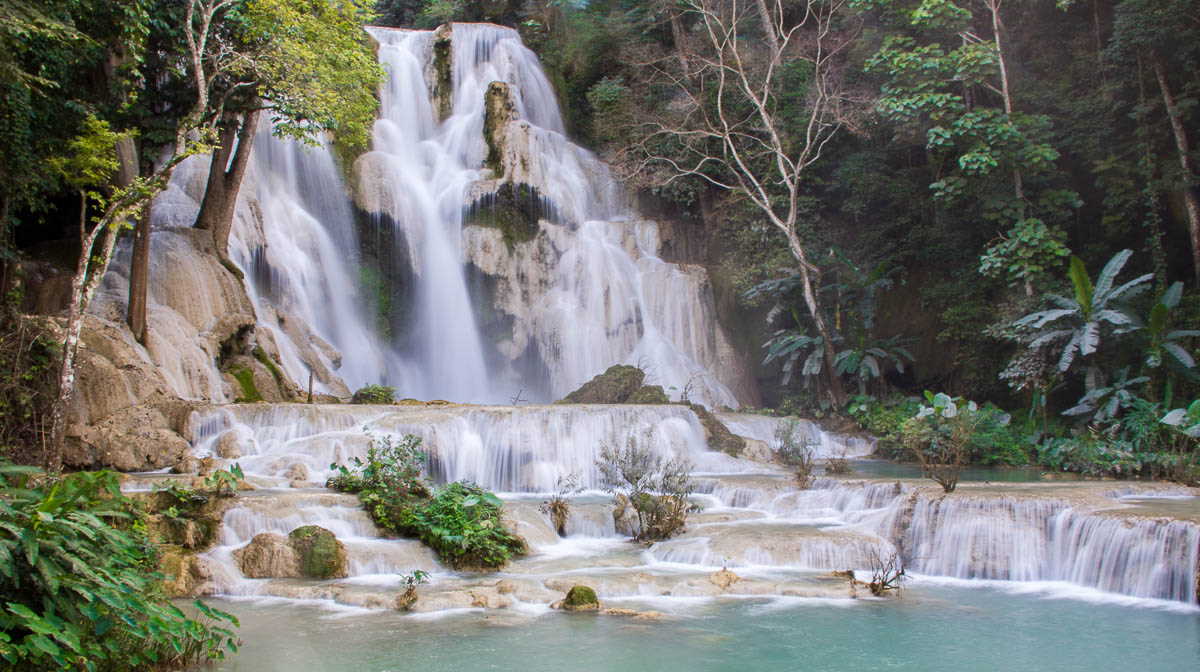 Laos   A little bit of serene beauty
The blue waters that flow down the falls travel down through a series of pools before rejoining the flow of the jungle river. After ages of flowing over the rocks, the falls have etched deep lines into the stone creating a beautiful pattern.

The pools are smaller near the top of the falls, but tend to widen out nearer to the bottom eventually becoming big enough to swim in should the tropical heat inspire someone to jump in as it often does.

The locals have built out a wooden platform that visitors can take in the rushing waters from, or even dive off of in some places.

Reaching the Kuang Si Falls is a bit tricky as they are pretty far off the beaten path and require a willing driver or rental.

However the ubiquitous tuk-tuk drivers in the nearby town of Lunag Prabang are generally willing to take anyone interested in traveling to the falls for a nominal fee. ■

Annandale Falls, one of the most visited tourist attractions in Grenada
Radisson RED Aarhus Hotel is now open
Aloft San Juan hotel opens in Puerto Rico
Salon du Chocolat: Fans of chocolate, come and celebrate chocolate in all its shapes and forms!