Khone Falls: The widest and wildest waterfall in the world with more water than the Niagara Falls

Nalynn Dolan Caine ▼ | July 7, 2020
When trying to think of the biggest and most impressive waterfalls in the world, rarely mentioned would be the Khone Phapheng Falls in southern Laos, one of the most beautiful and impressive natural spectacles in the region. 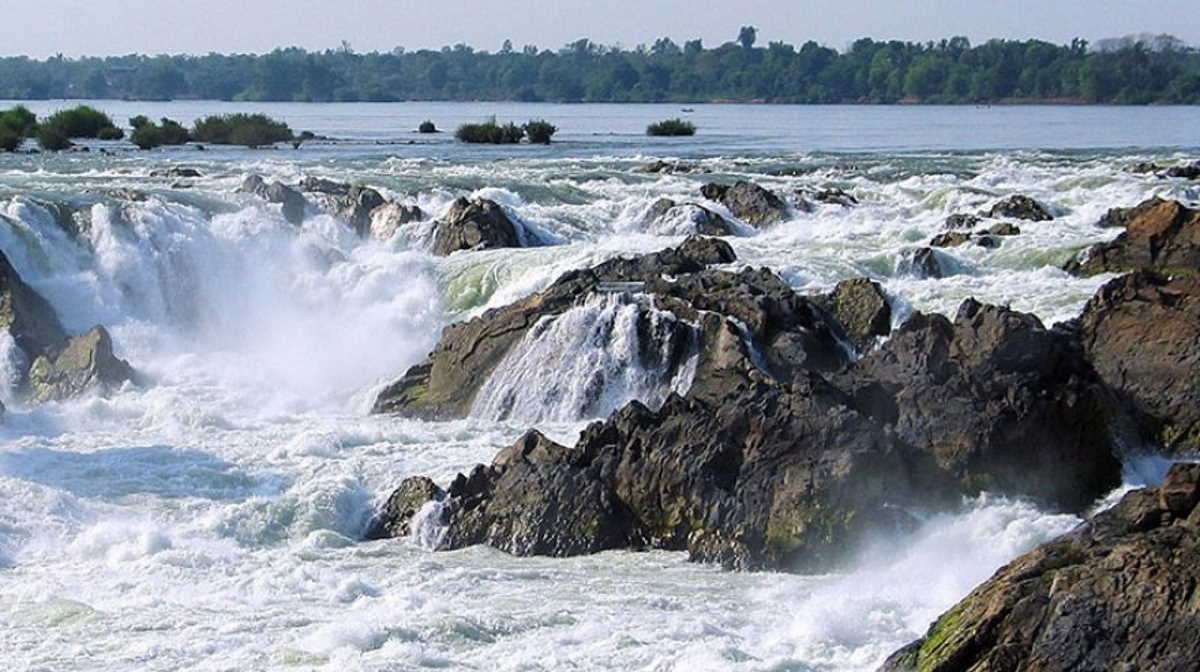 Laos   The most scenic waterfall
Yet Khone Phapheng Falls consistently appears on lists of the world’s largest waterfalls and holds the title of the widest waterfall in the world.

The Khone Falls and Pha Pheng Falls together form a waterfall located in Champasak Province on the Mekong River in southern Laos, near the border with Cambodia.

At 10,783 m wide, it is the widest waterfall in the world and undoubtedly one of the most beautiful and impressive natural spectacles in the region.

The highest falls reach 21 metres; the succession of rapids stretch 9.7 km of the river's length. The average discharge of the cataract is nearly 11,000 m3/s, with the highest flow on record at over 49,000 m3/s.

The total volume of the flow is five times larger than that of the Niagara Falls in America. However, the height of the Khone Falls is rather small, with the highest drop being limited to 21 meters.

You can hear the thundering and roaring Khone before you see it crashing over the rocks and feel its magical energy. In monsoon season, the flooding river swallows the waterfall entirely, leaving nothing more than a rough stretch of waves and riffles.

Because of the falls, the French colonialists could not send gun boats and supplies by river from Saigon up to Vientiane and Luang Prabang. Likewise, they could not get agricultural products exported from Laos using Mekong.

So, they decided to build a single-track railway between nearby islands, Don Det and Don Khon. It was the first and only railway ever built, opened and operated in Laos until 1940s. ■

Nuit Blanche 2020, the night dedicated to art and artists invites you to see Paris
VINCI Airports launches Mona, first travel assistant that uses facial recognition in Lyon
Know Your Poo, an entertaining exhibit that will blow you away!
Kuang Si Waterfalls, serene in Laos jungle