Churches of New Mexico, a new adventure steeped in history

Nalynn Dolan Caine ▼ | January 27, 2020
New Mexico is a land of diverse cultures and a mecca for iconic churches and cathedrals. 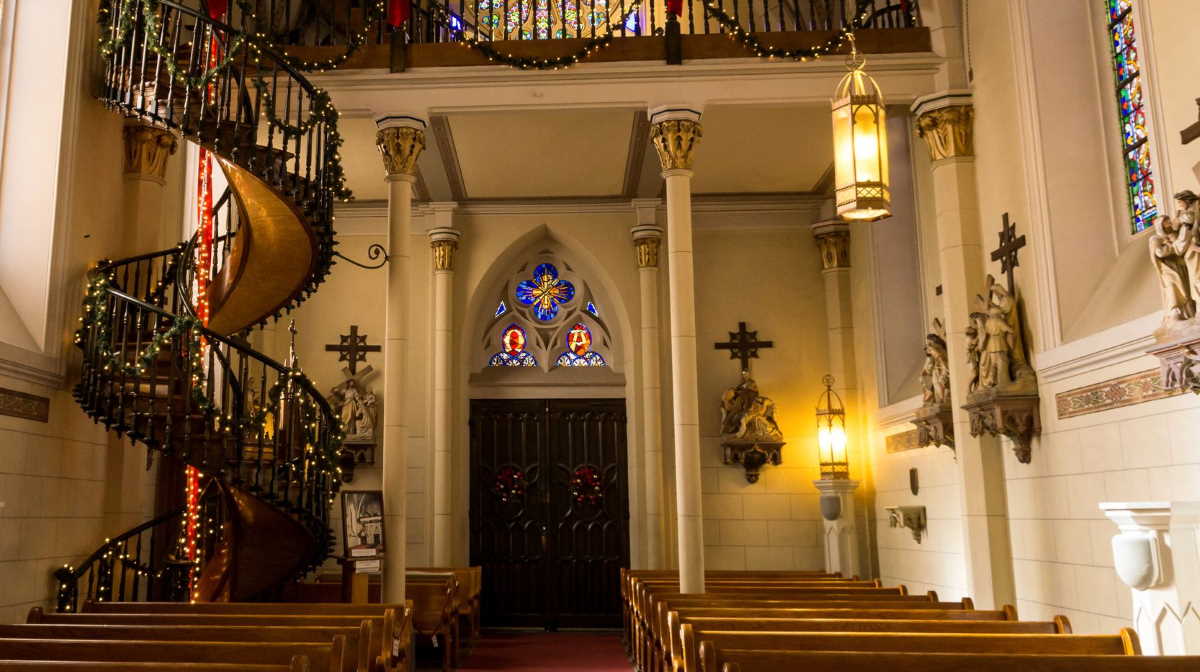 America   Loretto Chapel in Santa Fe
It is filled with some of the most important and arresting historical structures in the country.

Some of these buildings are so old that histories are strictly oral, causing inaccuracies and fuzzy dates. No matter what their exact origin, they are absolutely marvelous.

So, if you are looking for a new adventure steeped in history and beauty, follow along on our tour of New Mexico’s great architectural works of art. Santa Fe should be your first step on your journey.

The Loretto Chapel in Santa Fe, once a Roman Catholic Church, is now used as a museum and wedding destination. This gorgeous chapel is steeped in lore and famous for its circular wooden staircase.

Built by an unidentified man who showed up sometime between 1877 and 1881, his miraculous staircase has two 360 degree turns, no visible means of support, and wooden pegs instead of metal nails. The faithful believe that the mystery man was St. Joseph himself.

If you like firsts, then this church is worth a visit. Said to be the first Catholic church built in the continental U.S., the San Miguel Mission was built somewhere between 1610 and 1628.

The modest adobe structure sits next to a local pizza parlor in Santa Fe. However, the walls and interior are rich with its history and unassuming beauty. The chapel is still open during most of the week for prayer and visitors.

The first Catholic Church built in the U.S. resides in New Mexico in Santa Fe, The Old San Miguel. A lesser known fact is that the first and oldest parish in the United States is also in New Mexico, the San Juan Bautista.

The parish on an Indian Pueblo called Ohkay Owingeh, about 35 miles north of Santa Fe. Today the parish is still thriving. The average Sunday mass is attendance is over 1200 people. If you plan to attend, go early to reserve a seat. ■

Toulouse, the Pink City which 'kidnaps' even Paris' citizens
Coimbra, the melancholic soul of Portugal
Places to go (22)