Staff Writer | December 19, 2017
The futuristic Stoos Bahn climbs a 110% gradient between Schywz to the mountain village of Stoos in central Switzerland. 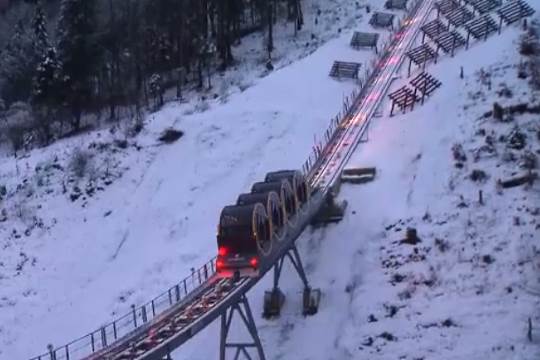 It's barrel-shaped carriages adjust their floors so passengers can still stand upright while it climbs towards the Alpine plateau at inclines of 110 per cent.

'After 14 years of planning and building, everyone is very proud of this train,' said Ivan Steiner, spokesman for the railway.

It replaces an older, dilapidated rail system which first began ferrying holiday-makers in 1933, but has now been surpassed by the abilities of modern technology.

Detached cable leaves parts of Caracas, nearby states without electricity