A Symphony of Lights, an outdoor audio visual feast for the senses

Staff Writer | February 8, 2019
The Symphony of Lights is Hong Kong's light and sound show, a tribute to the city and its people, and the stage is - the entire city. 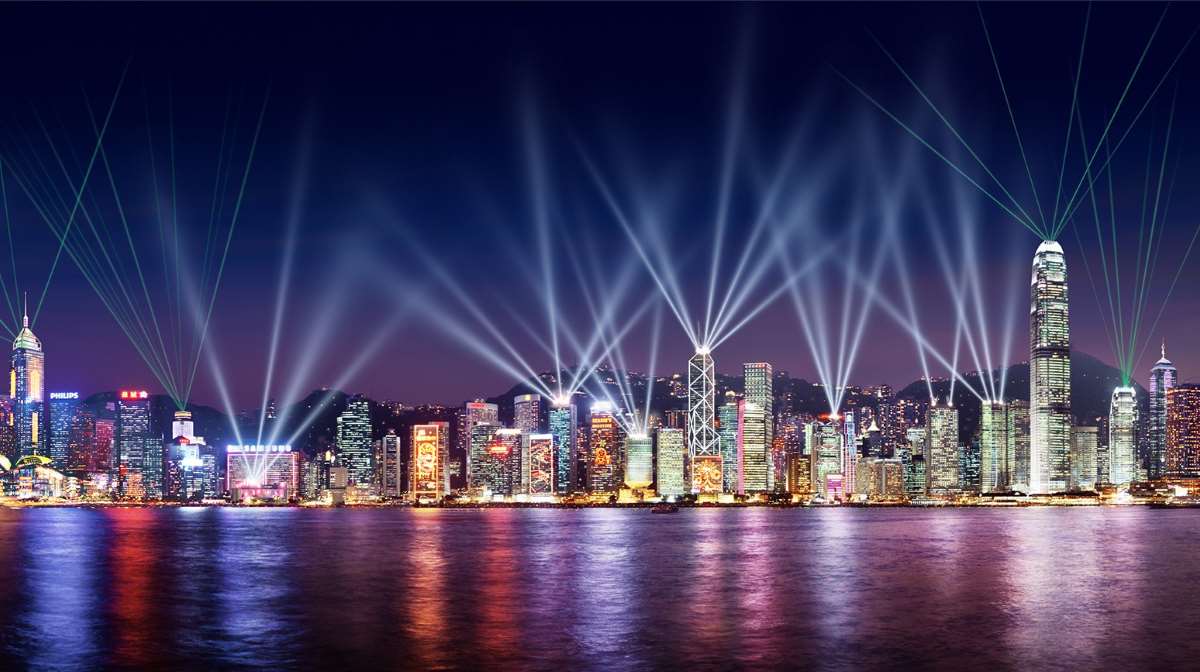 Hong Kong   The world's largest permanent light and sound show
The multimedia show has set the harbour ablaze every night since 2004, and is recognised as one of the world’s most spectacular light shows. It has become the signature icon for Hong Kong, showcasing the vibrancy and glamorous night vista of the city.

Iconic buildings on both sides of the harbour unite to form a harmonious canvas for a sensational multimedia extravaganza, with a myriad of searchlights, lasers, LED screens and lighting working in symphony to put together a nightly spectacle that transforms the Hong Kong skyline into an outdoor audiovisual feast.

In 2017, exciting, new elements and a new soundtrack performed by the Hong Kong Philharmonic Orchestra were introduced. In 2018, a second phase was launched, expanding the show to even more buildings.

The best vantage points include the "Avenue of Stars" on the Tsim Sha Tsui waterfront, on the waterfront promenade outside the Golden Bauhinia Square in Wan Chai and on sightseeing ferries running across the Victoria Harbour.

This free show offered by the city, takes place every night at 8:00 pm and lasts about 14 minutes. ■

OneWeb satellite network is to be launched and you can watch it live in Baikonur
Water, snow, ice, Zell am See is nice
Fall Foliage Brunch Cruise in Boston, Mass. on aboard Northern Lights
Canopy by Hilton opens first property in New York State