Nalynn Dolan Caine ▼ | November 20, 2019
Named after Sangai, the brow-antlered deer found only in the State of Manipur and also recognised as its state animal, the Sangai Festival is a vibrant display of the rich and eclectic culture of Manipur. 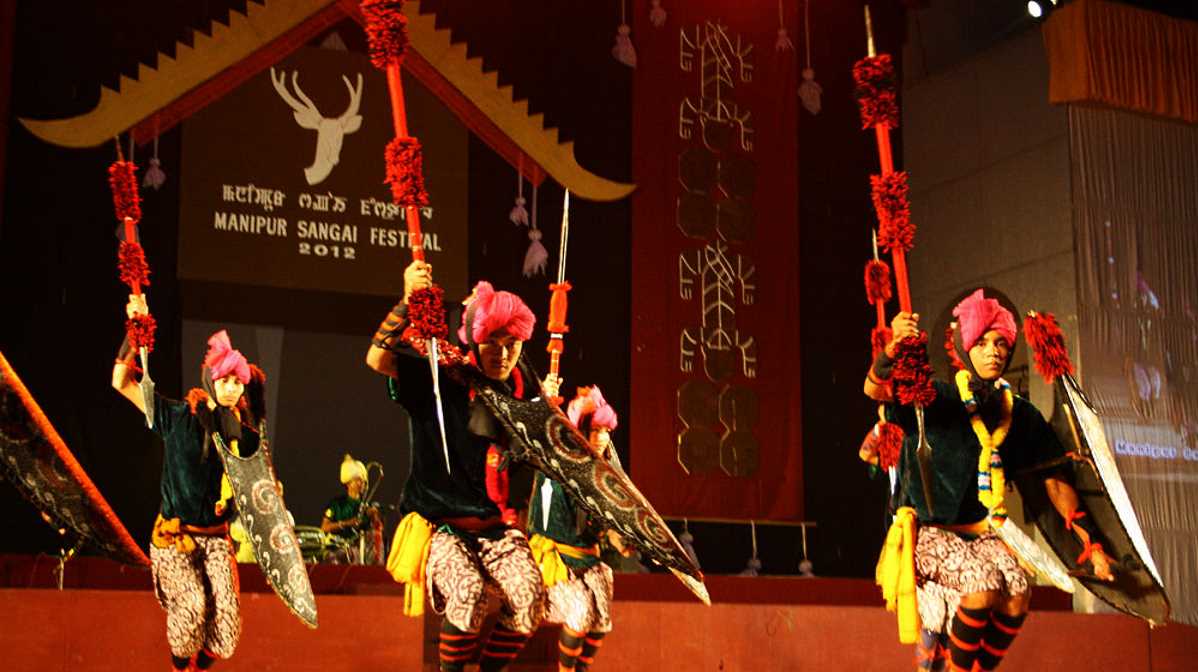 India   The locations of the festival are popular tourist destinations
The KeibulLamjao National Park, the only floating national park in the entire world located on the Loktak Lake, is the last natural home of the dancing deer called ‘Sangai’, an endemic and endangered subspecies of brow-antlered deer found only in Manipur, India.

Another interesting aspect of the festival is the playing of such games as Yubi-Lakpi, which is played like rugby except with a greased coconut. Then there is Mukna Kangjei, a combination of wrestling and hockey and Thang Ta, Manipur’s martial arts. The most popular of these is Sagol Kangjei, commonly known as polo.

The festival is a great opportunity to try the authentic delicacies of Manipur! From iromba, which is prepared with fermented fish and boiled vegetables, to nga-thongba or fish curry, there's a lot on offer at the food stalls in the festival. ■

Abergavenny food festival is not in town, it is town
Events in October 2009
Events in July 2010