Retailers: Don’t try to discount and promote your way out of trouble

Ted Rubin ▼ | April 23, 2018
When a marquee brand or major, traditional retailer releases a disastrous earnings outlook, what is the first thing that they usually do in an effort to bail themselves out? 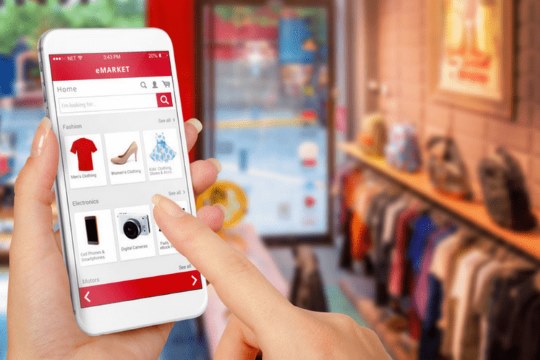 Retail   The race to the lowest price rarely ends in profit
Far too often, they believe that they can discount and promote their way back into their customers’ hearts, which misses the entire point of why they’re in trouble in the first place.

The truth is that there are always companies that offer the same products, and that the race to the lowest price rarely ends in profit.

If big, struggling retailers wish to survive, they need to change their entire outlook on marketing before they worry about offering deals.

Discounting and promotions are short-term Band-Aids for long-term problems, and really just serve to delay the inevitable.

If the lowest price is all that a consumer is after, they’ll just search for the product online and have it shipped to their door.

So reaching today’s consumer – especially the younger generation who grew up as digital natives – requires a different outlook, centered on relationship-building and strong customer experience.

If you look at a brand like Dick’s, whose CEO publicly stated that retailers should be in “panic mode,” you can only shake your head.

Nobody makes good decisions in “panic mode,” and sure enough, the plan to counter that panic involves a heavy dose of discounts.

And then there’s Coach, which also had a less-than-stellar earnings call, but rather than panic, they’re trying to accomplish something by “shrinking to grow” through a $2.4 billion acquisition Kate Spade.

Branching out by bringing in a brand that can serve as an entry point for young consumers is a much more meaningful solution than dropping prices, a strategy that at least has a chance of delivering on its promise.

The challenge with this strategy is that a major acquisition is only the first step, and many brands still have a long way to go to connect with consumers on a meaningful level.

It starts with understanding that consumers are looking for relationships and connections, just as much as they’re looking for the best price. They want a brand that responds to their needs, and takes care of them.

In order to build those long-term connections, brands need to look more at the relationship-building side of customer communications, rather than focusing on advertising and traditional marketing.

Take the time to interact, learn about customers, and adjust when things change.

A large, Wall Street-bound, public corporation has a lot of trouble adjusting to this simple reality, which is why so many of those retail brands are on their death beds... I call them “The Walking Dead.” They do not think Innovation, they think survival.. a losing strategy always.

It doesn’t have to be that way, but they’re simply too slow to adjust, and are motivated strictly by their stock price and Wall Street expectations.

Success in the digital world means planning for the near future, and being prepared to move when things inevitably change.

A locked-in, long-term approach focused on discounts leaves no room for adjustment in an era where flexibility is constantly required.

The most successful brands today – large and small – are willing to try new things, keep what works, and toss what doesn’t.

Smaller businesses have fewer stakeholders to answer to, and that often gives them more freedom to experiment to find what works.

But that’s no excuse for large retailers to sit idly by.

If the team in charge isn’t willing to try something new, then maybe it’s time to find a new team… or more importantly, New Leadership.

In March 2009 he started using and evangelizing the term ROR, Return on Relationship, hashtag #RonR.... a concept he believes is the cornerstone for building an engaged multi-million member database and community, many of whom are vocal advocates for the brand.

The relationship between organisation, consistency and momentum in your business
Is social media marketing worth what it’s costing you?
The one type of business that consistently outperforms ALL others