Digital technology in Africa: Great idea but it's still Africa

Jeff Butcher ▼ | June 11, 2018
Digital technology is so present in our lives that we tend to become overexcited with it, claiming that it will solve any problem the human kind is experiencing. No wonder that everybody is calling Africa to embrace digital technology to improve its agriculture greatly. 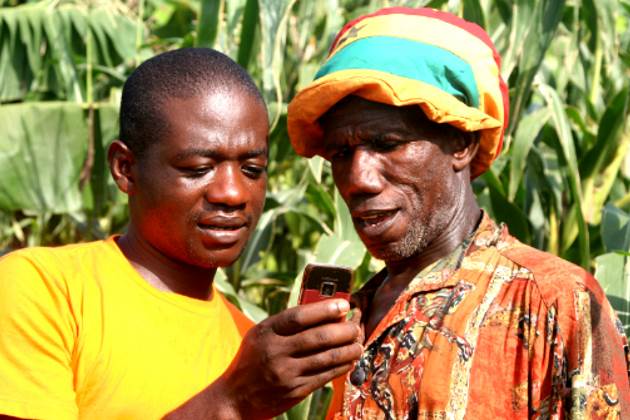 Africa   Somebody needs a new app, somebody just clean water
But, can you jump from a tribe to a space ship or there's much more to it?

There's no doubt that modern digital technologies are making things easier for us. There are several fields of action usually recommended when it's about Africa and new ways of payment is one of them.

And indeed, an app on a mobile phone is much more useful to an African farmer than it is to us. While we can easily visit a nearest bank, in Africa that's a bit difficult task.

First, the bank may be far away. Second, it may be without competition so it can hold high prices of its services. And third, no bank is willing to borrow the money without being insured in multiple ways.

That's where a mobile apps may step in. They are already making possible for people in Africa to get an easier access to their banks, to send money to their families and other businesses, or to find a microloan bank.

So far so good, but that works if there is an internet connection and if people actually have money to buy mobile phones.

Then, providing water to households is a challenge in Africa. In some parts of the continent there's lack of water, in some there is water but the state or local government has no money to build the infrastructure, and in some parts there is a combination of those two problems.

One solution to that are vending machines for water where African people are buying water with an app or a dedicated card.

So far so good, but that works if citizens have money to pay for water and if water isn't under a monopoly of some huge multinational company that can set prices at will.

Another trend often mentioned is the consolidation of farming. However, in Africa it happens on a lower level than in developed countries.

The consolidation here means "Let's get our equipment together and we all will benefit." That's something that existed in some European countries not so long ago, even in 1970s.

That's a situation when one farmer has a tractor and he is hired to go around and to the work for other farmers that don't have a tractor. It may be some other kind of equipment of course, but the principle is the same: instead of keeping the technology for yourself you are borrowing it to others.

These days farmers in Africa are using smartphones to find such a solution but with or without technology that's well-know principle.

That cooperative approach is an excellent way for small farmers to succeed but another modern technology may help them even more: solar energy. Dairy, for example, is something you don't want to keep on hot African sun and refrigerators are welcome there.

But they need electricity and that's where solar panels came into game. They are small, relatively affordable and they transformed lives in Africa.

If there is an internet connection, farmers may learn about good farming practices using smartphones and educational videos. However, where there is no internet, a human touch is still needed.

So, before we jump on Internet of Things, apps, and the newest technologies we must have in mind that Africa is a huge continent.

There are different needs in different parts of Africa and we must find a clever way to introduce technology where it is needed and in the way it is needed.

Somewhere a new app is welcome, somewhere a better kitchen stove is needed. And we must not forget that someone has to pay for those mobile phones, carriers and other technologies.

They are additional burden on already poor farmers however small those cost may be.

The real danger is to artificially impose new technologies on African countries, forcing and talking governments into using them when it's still not time for that.

Technology may save Africa and the food production but marketing and big companies may very well destroy the continent, leaving all profit in the pocket of multinationals.

Today, more than ever, it's time for people of Africa and their governments to be smart.

BIOGRAPHY Jeff Butcher is a British pig farmer with more than 25 years in the business. He closely follows world agriculture and loves to work with people being happy when he finds time to work on farmers markets, educating people about meat, mainly pork.

The relationship between organisation, consistency and momentum in your business
Remote employees need opportunities for mentorship and collaboration
Retailers: Don’t try to discount and promote your way out of trouble