Despite heated debate, ban on cellphones in Canada is good step

Surjit Singh Flora ▼ | March 26, 2019
Access to mobile technology can be both a blessing and a curse. 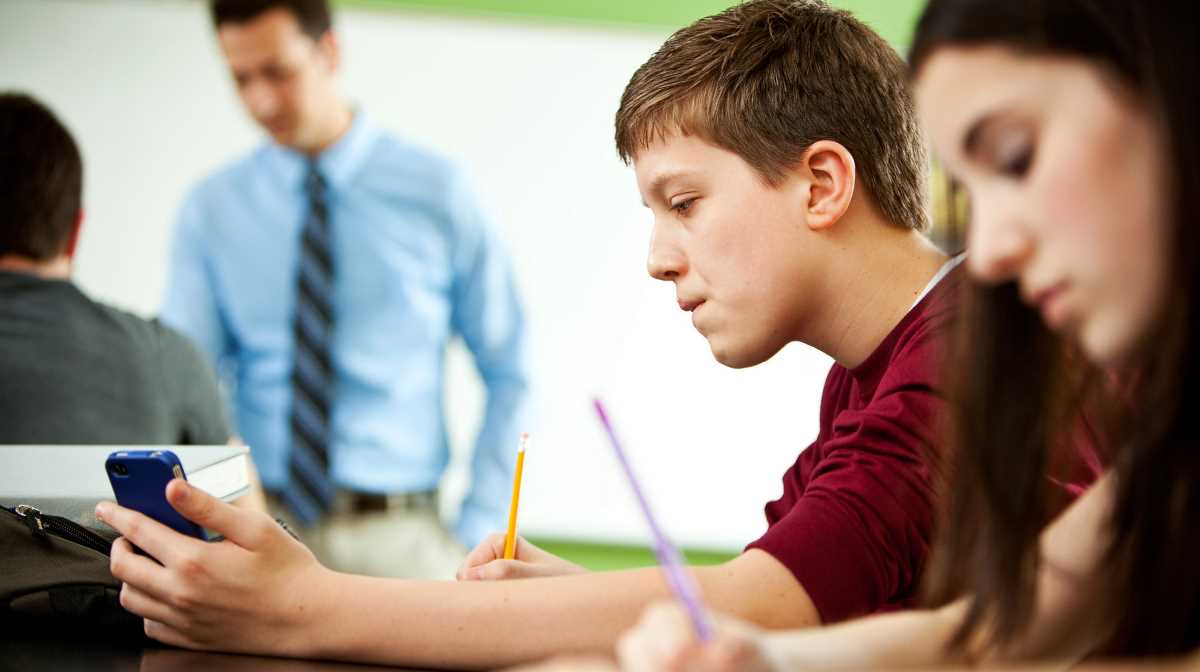 Canada   Parents, students and educators are involved in a heated debate
Smartphones are used to make calls to loved ones, make business communications and organize our social lives.

But they also raise concerns due to their impact on our health, society and the way we learn.

In Ontario, parents, students and educators are involved in a heated debate as to whether or not children should be allowed to take cellphones to school.

For parents who are concerned about their child’s academic performance the answer is probably “no.” They fear the phones will be used more for socializing than for studying.

And how can teachers be sure that students are using their phones as learning tools? It’s not unfair to say that students having cellphones in class adds another potential distraction to the learning environment.

However, those same phones are also a valuable resource for innovative teachers.

Cellphones provide an opportunity to develop innovative learning strategies, including use of the internet which gives students access to a knowledge base far beyond the constraints of the classroom.

Whether we embrace it or not, mobile technology is a fundamental part of the modern world and will play an even bigger role in the future.

Today’s students will enter a job market where many careers will rely on technology.

They’ll need to be able to understand it and mature enough to use it appropriately.

After all of the discussion among Ontarians, Doug Ford and the provincial government decided to place a ban on cellphones in classrooms, coming into effect this coming September.

There are a number of schools across the country where these restrictions have already been implemented.

While I believe that young children don’t need to access social media, I also believe it should be up to individual schools to decide their cellphone policy rather than the government.

Disagreeing with every decision the Ford government makes has become a reoccurring trend among some people, especially the Leader of the Official Opposition in Ontario and the leader of the Ontario New Democratic party, Andrea Horwath.

People also raised dissenting voices at Ford’s handling of the sex-ed curriculum and for the almost-appointment of personal friend Ron Tanveer as the OPP commissioner.

Although some of Doug Ford’s opinions may be unpopular, there are some things worth mentioning in regard to the cellphone ban.

Firstly, this isn’t a new announcement; the cellphone ban was originally proposed as part of the PC Party’s election platform.

Secondly, the purpose of the ban isn’t to keep students from their phones but to reduce the amount of misuse of cellphones in class.

For example, if a student believed their work could better be explained or completed by using their phone that could be allowed.

Teachers and school boards may also grant a student access to their phone if they have an accessibility issue.

Lastly, after the election last summer the Ford administration and Education Minister Lisa Thompson embarked on a process to collect opinions from the public on matters like the sex-ed curriculum and cellphones through digital surveys and telephone town halls.

The information and opinions surrounding the sex-ed curriculum dominated the narrative in the media though both issues are a headache for parents and teachers alike.

According to Thompson around 97 percent of respondents agreed with some sort of ban on cellphones.

Although the provincial government creates a lot of debate in the media due to their controversial decisions and opinions, a ban on cellphones is a good step.

From my point of view, this step by the provincial government should be welcomed without pushback from people like NDP Leader Andrea Horwath.

Can leaders quit?
Is there conflict in your team?
Digital technology in Africa: Great idea but it's still Africa