Alejandro Cabral ▼ | January 6, 2018
The word itself seems to deny the possibility altogether. Leaders do not quit. They die, they get fired, they are betrayed or incarcerated. In your mind (and for some time, in my mind too), a person who leads and quits is not a Leader, just someone who failed. 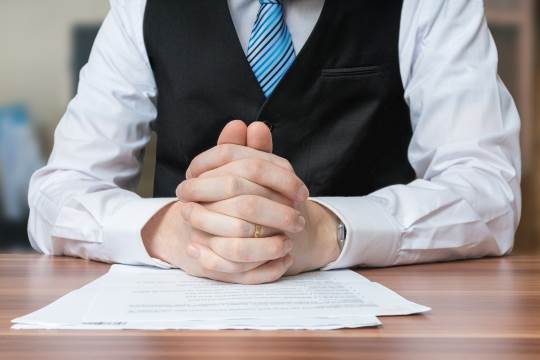 Hard decisions   Knowing when to step down
Pope Benedict XVI stepped down. He said in an interview that it was his duty as Head of the Catholic Church to do so because of his declining health. His predecessor, Pope John Paul II had set such a high bar with his Youth programs and constant travelings that following his steps demanded a strength and will Benedict XVI no longer felt he had.

So he stepped down, but did he quit?

It may be a thing of semantics or maybe a thing of virtue. Stepping down, quitting. There’s a particular smell, a stench if you will that reeks of failure. Virtue may drive the action and it may be right, but we can’t just accept it as one the work of a true Leader.

Maybe Pope Benedict should have wasted away while holding his charge even if he was feeling frail and old. What would the current state of the Catholic Church be now I wonder?

Quitting means stopping sometimes. It certainly means changing. Everyone needs to stop every now and then and change. A certain course of action can only work a certain amount of time until entropy catches up.

When that happens you are faced with Benedict XVI’s problem: change (quit) and live or remain the same and die.

Maybe quitting becomes a form of growth. Only by facing the reality of impossibility can one decide if stepping down will provide a better option than keeping one’s post.

Elephant in the room alert! Sometimes quitting is just giving up and this is what is most likely to be thought of a Leader that steps down. “He just couldn’t take it,” “She hasn’t been the same since then,” “What else could he do?”, “She’s done.”

Chances are you’ve thought at least one of these about someone who had to step down. Maybe you just heard someone said that about someone else.

Normality can be cruel, especially to those who are suddenly faced with a decision that’s just too normal. An employee that leaves his or her job after flunking a few times is rarely judged as hard as a manager who’s quitting.

The employee is changing, probably moving into something better, or maybe not and that just can’t be perceived as defeat. It is only logical change. The Leader that changes and decides that it is time to stand down is perceived as having failed by most people.

“The Role of Parental Influence in Leadership”, a study that examined how parental influence may shape the leadership process explains a lot of why we just can’t see a Leader step down and be ok with it from a perception standpoint.

In a nutshell: the role they represent usually goes beyond that of a simple “boss.” Most of the elements and tools they have and use are the same parents have and use with us as children. As much as with our parents we do not want to see them fail, especially if they have done a good job in our eyes.

Maybe assuming they too can fail is too much, or maybe it is the perfect occasion to vent frustration with one’s failure or even failed parents.

Normality is cruel I said, and thinking that your parents are losers at some point of your life is normal. Most people just go through a phase and move on, strengthening the bonds with their parents and understanding failing is just changing, adapting, growing.

You need to be able to do so to create something new with your parents... but why do so with a leader that falls from grace?

Leaders are not parents. Hence there is no such a thing as a second chance. Sometimes that means the only possible next step is quitting or stepping down.

Leaders are often praised for stepping up and never for stepping down. Being a Leader sometimes means knowing when to step down. It also means dealing with whatever happens once you do.

BIOGRAPHY Alejandro Cabral has worked in the IT Industry for over 20 years, having spent over half of that time coaching and leading teams. He has specialized in mentoring and runs "IT is what IT is", a blog dedicated to both IT and Career Advice.

Imagine the business outcomes if human resources invented hr like an entrepreneur
Three things holding you back from building the personal brand you want
Fighting fraud from the top: Illegal activities have simple beginnings