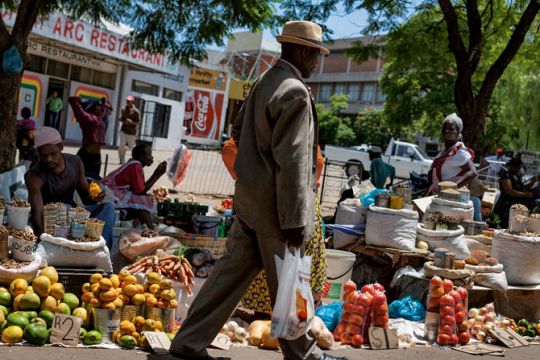 Cooperation   South Africa is the biggest trading partner for Zimbabwe
"This framework is expected to further strengthen trade and industrial relations between our two countries. South African business people should take advantage of this framework to explore investment opportunities in Zimbabwe," Minister Bimha said.

The Industry and Commerce Minister said this while addressing delegates to a Zimbabwe Trade and Investment executive breakfast meeting hosted by The Herald Business in Johannesburg last Friday. The minister said the governments of Zimbabwe and South Africa were committed to promoting industrial co-operation, hence the initiative to come up with a MoU.

The efforts to attract investment from South Africa follow a similar initiative in September when Government and the South African Embassy organised a mini-investment conference to look at projects in the infrastructure sector.

"This continuous interaction continues to strengthen our already good trade and economic relations and I applaud this," Minister Bimha told delegates. The minister was presenting on "Building Bridges for Trade and Industry Between Zimbabwe and South Africa and Trade Opportunities for the Zimbabwean Diaspora".

"However, trade is still in favour of South Africa as the business people here are able to export to Zimbabwe cheaper than their counterparts, as they enjoy production volumes and are able to offer very long credit terms of payment," he said. ■

India steps back from foreign companies, will build its own combat aircraft
Highlights: May 18, 2020 - May 23, 2020
Ethiopia invites bidders for telecom licenses
UK Audit Bureau of Circulations: Newspaper sales figures can be kept private