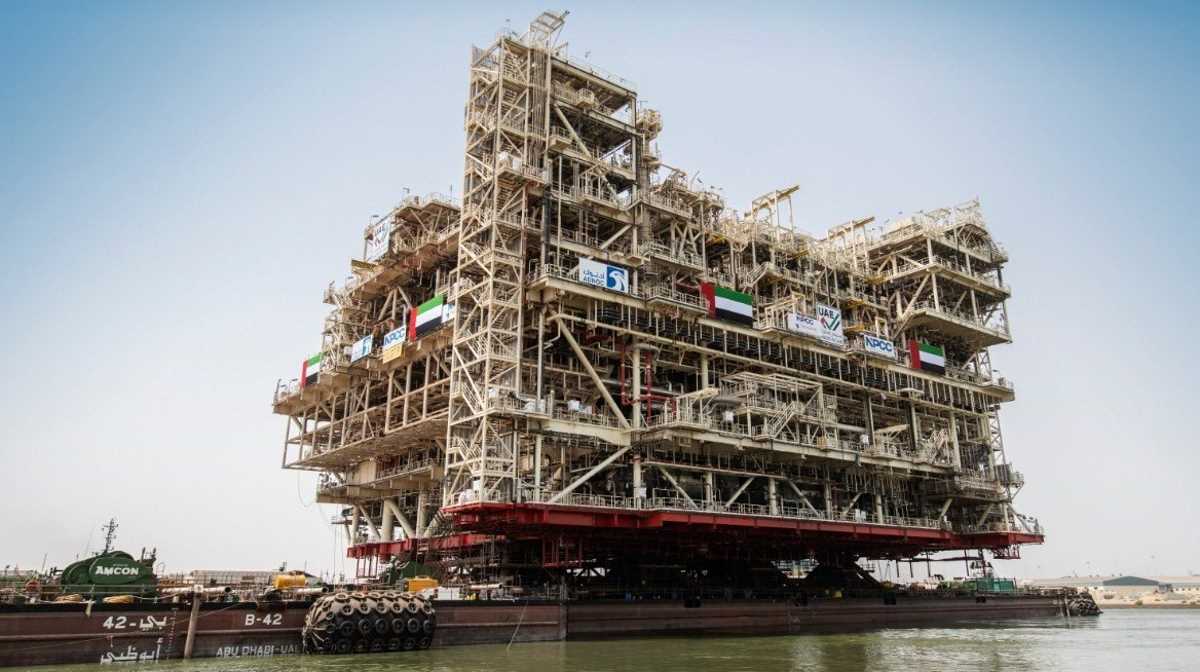 The platform was made in the UAE by the National Petroleum Construction Company (NPCC), a part of Senaat, for ADNOC.

The Umm Lulu Gas Treatment Platform (ULGTP), weighing 32,000 metric tonnes (MT), is one of five platforms fully manufactured by the NPCC at its fabrication yard in Musaffah, Abu Dhabi.

This is part of an Engineering, Procurement and Construction (EPC) contract awarded by Abu Dhabi National Oil Company (ADNOC) to NPCC, in consortium with TechnipFMC, for the Umm Lulu Package 2 Full Field Development (Process Facilities).

The ULGTP will mainly handle gas including compression, dehydration and sweetening, and forms a key part of ADNOC’s Umm Lulu Field infrastructure.

As consortium leader for the major Umm Lulu Field, NPCC is responsible for the detailed engineering, procurement, fabrication, offshore installation, commissioning and start-up of a large offshore super complex.

Substantial in-country value of the total investment supports UAE companies that are partnering in the development of the full-field.

It was built by a global team of experts including Emirati engineers and professionals.

All raw materials were predominantly sourced from within the UAE.

Emirates Steel was the major supplier of steel while the project was supported by over 35 specialised engineering studios and more than 500 suppliers.

The ULGTP will now set sail to the Umm Lulu Field, following which NPCC will undertake commissioning work, including the installation of the fixed platform using the float-over method.

NPCC’s manufacturing yard, which spans an area of over 1.3 million square metres, is the largest in the Middle East and can fabricate up to 100,000 MT of structural steel annually. ■